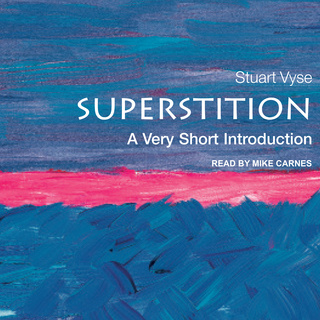 Höfundur: Stuart Vyse
Lesari: Mike Carnes
Snið: Sem hljóðbók
4Klst. 24Mín
enska
4
Despite the dominance of science in today's world, superstitious beliefs–both traditional and new–remain surprisingly popular. A recent survey of adults in the United States found that thirty-three percent believed that finding a penny was good luck, and twenty-three percent believed that the number seven was lucky. Where did these superstitions come from, and why do they persist today?

Superstition: A Very Short Introduction explores the nature and surprising history of superstition from antiquity to the present. For two millennia, superstition was a label derisively applied to foreign religions and unacceptable religious practices, and its primary purpose was used to separate groups and assert religious and social authority.

After the Enlightenment, the superstition label was still used to define groups, but the new dividing line was between reason and unreason. Today, despite our apparent sophistication and technological advances, superstitious belief and behavior remain widespread, and highly educated people are not immune. Stuart Vyse takes an exciting look at the varieties of popular superstitious beliefs today and the psychological reasons behind their continued existence, as well as the likely future course of superstition in our increasingly connected world.
Meiri upplýsingar um hljóðbókina:
Útgefandi: Tantor Audio
Útgefið: 2020-04-28
ISBN: 9781705205402
4Klst. 24Mín
enska
4
Flokkur: Almennar bækur

Yes, I Can Say That: When They Come for the Comedians, We Are All in Trouble

Rage Becomes Her: The Power of Women's Anger

The Age of American Unreason