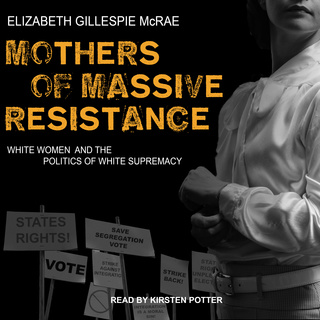 Examining racial segregation from 1920s to the 1970s, Mothers of Massive Resistance explores the grassroots workers who maintained the system of racial segregation and Jim Crow. For decades in rural communities, in university towns, and in New South cities, white women performed myriad duties that upheld white over black: censoring textbooks, denying marriage certificates, deciding on the racial identity of their neighbors, celebrating school choice, canvassing communities for votes, and lobbying elected officials. They instilled beliefs in racial hierarchies in their children, built national networks, and experimented with a color-blind political discourse.

Driving While Black: African American Travel and the Road to Civil Rights