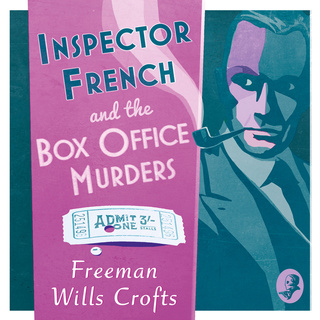 THE PUZZLE OF THE PURPLE SICKLE

The suicide of a sales clerk at the box office of a London cinema leaves another girl in fear for her life. Persuaded to seek help from Scotland Yard, Miss Darke confides in Inspector Joseph French about a gambling scam by a mysterious trio of crooks and that she believes her friend was murdered. When the girl fails to turn up the next day, and the police later find her body, French’s inquiries reveal that similar girls have also been murdered, all linked by their jobs and by a sinister stranger with a purple scar . . .
Più informazioni
Editore: HarperCollins
Pubblicato: 2017-03-09
ISBN: 9780008190729
7H 9Min
Inglese
4,17
Categoria: Classici
Serie: Inspector French Mystery: 5
Gialli classici Londra Scozia