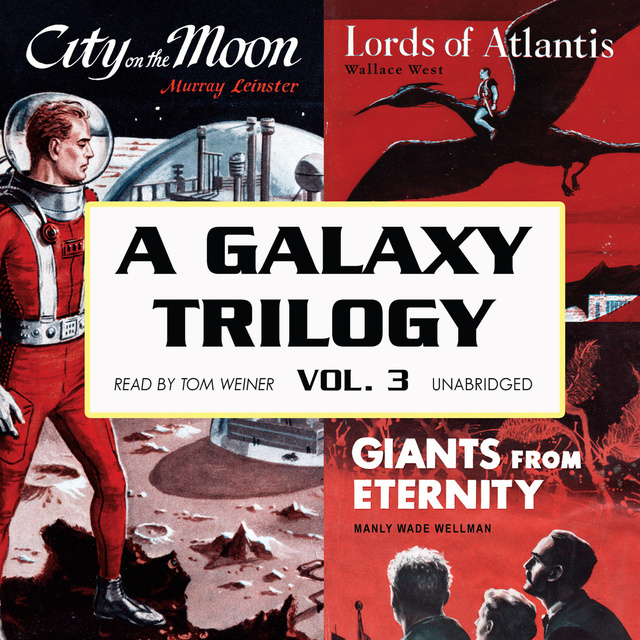 Before Gene Roddenberry and George Lucas, the science fiction writers of the 1950s and 1960s were writing some of the hippest genre literature of the era. Here are three imaginative novellas from some of these pioneers of pulp science fiction.

Young scientists Oliver Norfleet and his college buddy, Spencer DuPogue, are called by the Board of Science to investigate a mysteriously expanding red blight that is growing around the site of a meteor crash in Kansas. It swallows all in its path and has already caused many deaths and the disappearance of whole towns. Norfleet and DuPogue, with the help of the daughter of a famous scientist, soon discover that the blight is not only alive but almost indestructible. When their own abilities prove inadequate, the three are forced to turn to the greatest scientific minds of history for help, including Isaac Newton, Louis Pasteur, and other giants from eternity—in the flesh! Norfleet and DuPogue and the giants from eternity must try to stop the blight before the entire earth is consumed.

Lords of Atlantis by Wallace West

Once, when Atlantis was ruled by the Titans, they were replaced by the red-skinned, red-haired Martians, Zeus, Hera, Athena, Aphrodite, and others. Teraf, prince of Hellas, was particularly struck by the changes Earth had wrought in Martians during the period of their rule. The rays of the earthly sun had burned their sensitive skin almost as black as those of Nubians, and to meet the stress of Terran gravitation, they had developed enormous muscles that sat poorly on their slender frames and gave them the deceitful appearance of strong men in a circus. The Afhas, those of mixed Martian and early parentage, apparently had absorbed the best traits of both. Like Teraf himself, all had blazing red hair and the slim grace of their Martian forebears, plus a better adaptation to their earthly conditions. But the Titans chafed under the so-called benevolent progress of their rulers, and they plotted rebellion.

City on the Moon by Murray Leinster

Life on the moon, under anything less than optimal conditions, had always been a nightmare, and as Joe Kenmore and his colleague Moreau drove back to the City on the Moon, on the day the Earth shuttle was due to land, the nearby mountain supporting critical elements of the shuttle’s landing mechanisms crumbled, causing an avalanche and chaos. Optimal conditions were nowhere in sight that day as Kenmore and Moreau’s investigations lead to their conclusion that explosions had been responsible for the avalanche. They realized that they were in a race against the clock to restore the landing beam before the shuttle had reached the “point of no return” prior to landing. Kenmore had more than strictly humanitarian reasons for wanting to prevent a mishap aboard the shuttle that day because on this particular mission, Arlene Gray was aboard. Kenmore had been anxiously awaiting her arrival, and amidst everything, Kenmore’s love life also might hang in the balance. 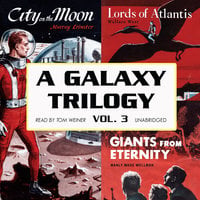