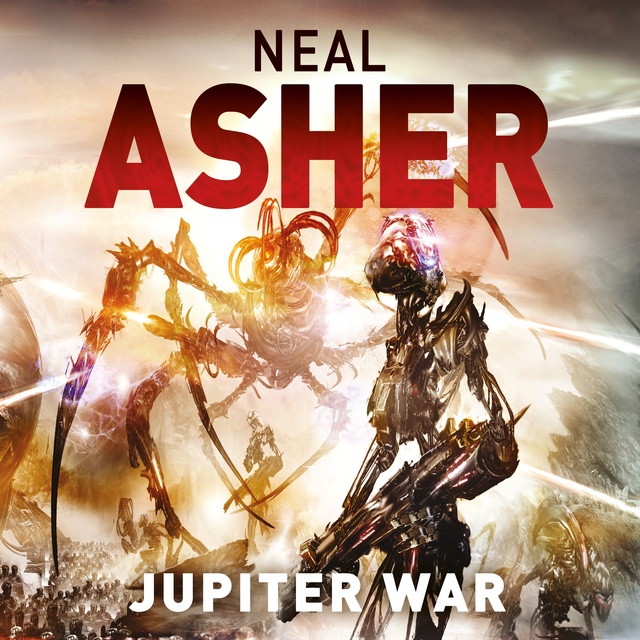 Jupiter War is the third and final book in Neal Asher's near-future, science fiction Owner series, set upon an Earth ravaged by disaster.

Alan Saul is now part human and part machine, and our solar system isn't big enough to hold him. He craves the stars, but can't leave yet. His sister Var is trapped on Mars, on the wrong side of a rebellion, and Saul's human side won't let her die. He must leave Argus Station to stage a dangerous rescue – but mutiny is brewing on board, as Saul's robots make his crew feel increasingly redundant.

Serene Galahad will do anything to prevent Saul's escape. Earth’s ruthless dictator hides her crimes from a cowed populace as she readies new warships for pursuit. She aims to crush her enemy in a terrifying display of interstellar violence.

Meanwhile, The Scourge limps back to earth, its crew slaughtered, its mission to annihilate Saul a disaster. There are survivors, but while one seeks Galahad's death, Clay Ruger will negotiate for his life. Events build to a climax as Ruger holds humanity’s greatest asset – seeds to rebuild a dying Earth. This stolen Gene Bank data is offered at a price, but what will Galahad pay for humanity’s future? 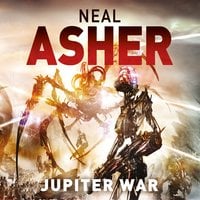