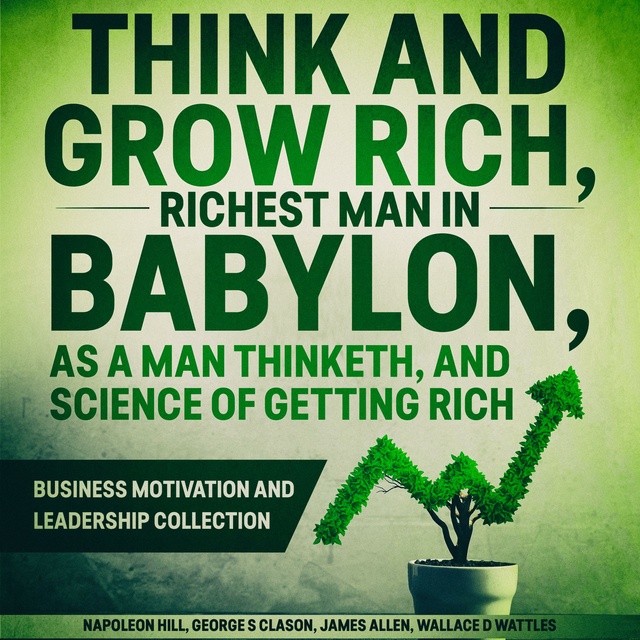 Think and Grow Rich, The Richest Man In Babylon, As a Man Thinketh, and The Science of Getting Rich

Think and Grow Rich, The Richest Man In Babylon, As a Man Thinketh, and The Science of Getting Rich

This exciting collection contains four of the most notable books on the topic of self help and motivation:

Think and Grow Rich was written by Napoleon Hill in 1937 and promoted as a personal development and self-improvement book. He claimed to be inspired by a suggestion from business magnate and later-philanthropist Andrew Carnegie. While the book's title and much of the writing concerns increasing income, the author insists that his philosophy can help people succeed in any line of work, to do and be anything they can imagine.

The Richest Man in Babylon is a 1926 book by George S. Clason that dispenses financial advice through a collection of parables set 4,000 years ago in ancient Babylon. The book is regarded as a classic of personal financial advice.

As a Man Thinketh is a self-help book by James Allen, published in 1903. It was described by Allen as "... dealing with the power of thought, and particularly with the use and application of thought to happy and beautiful issues. I have tried to make the book simple, so that all can easily grasp and follow its teaching, and put into practice the methods which it advises." It was also described by Allen as "A book that will help you to help yourself", "A pocket companion for thoughtful people", and "A book on the power and right application of thought."

The Science of Getting Rich is a book written by Wallace D. Wattles. According to USA Today, the text is "divided into 17 short, straight-to-the-point chapters that explain how to overcome mental barriers, and how creation, rather than competition, is the hidden key to wealth attraction." 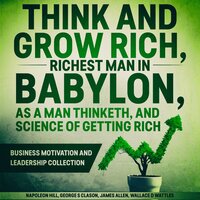