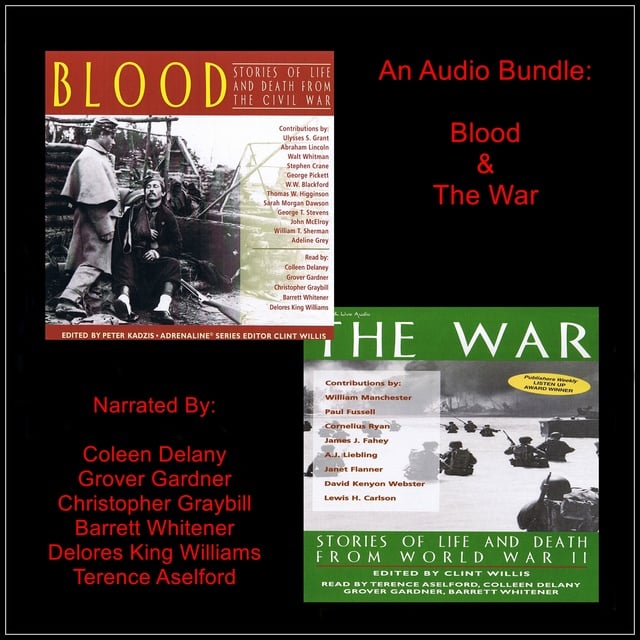 An Audio Bundle: Blood & The War

An Audio Bundle: Blood & The War

In Blood, the Civil War, the most dramatic moment in this nation's history, also produced some of our greatest literature. From tragic charges to prison escapes to the desolation wrought on those who stayed behind, Blood is an extraordinary collection of reminiscences, fiction, and excerpts from diaries and letters by an array of soldiers, writers and observers that includes Abraham Lincoln, General George Pickett, Walt Whitman, Ulysses S. Grant and Stephen Crane. In The War, no one knew it was going to be that bad. World War II killed some 60 million people—20 million of them soldiers—and inflicted wounds, bereavement, poverty and suffering on countless others. But such destruction was an impossible to imagine in advance as it was for young pilots-in-training to imagine their coming fiery deaths; or for Jews to foresee their last moments in the gas chambers; or for parents to imagine their children killed by the mortars and bullets and other munitions that factories churned out in such enormous quantities. As impossible, perhaps, as it is for us to imagine a disaster of similar scale in our future. The War presents an unforgettable mosaic of memoirs from soldiers, citizens and historians, detailing the immense tragedy that stretched from the Western Front to the Pacific Theater. 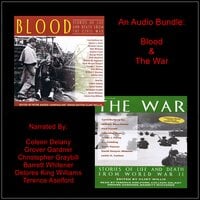