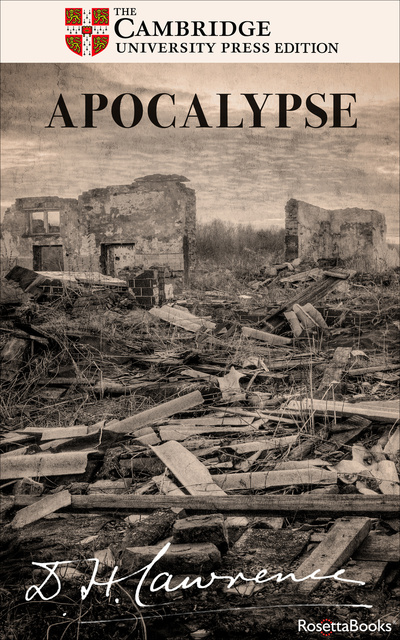 Apocalypse: And the Writings on Revelation

Apocalypse: And the Writings on Revelation

This collection of writings by the author of Sons and Lovers presents his thoughts on religion, art, psychology and politics in a newly restored text.

Written while he was dying, Apocalypse is Lawrence’s final book. In it, he presents both a radical criticism of our civilization and a statement of unwavering belief in man’s power to create “a new heaven and a new earth. ” This volume also includes Lawrence’s review of Book of Revelationby John Orman, and his Introduction to The Dragon of the Apocalypseby Frederick Carter. The Appendixes also present previously unpublished material on Revelation.