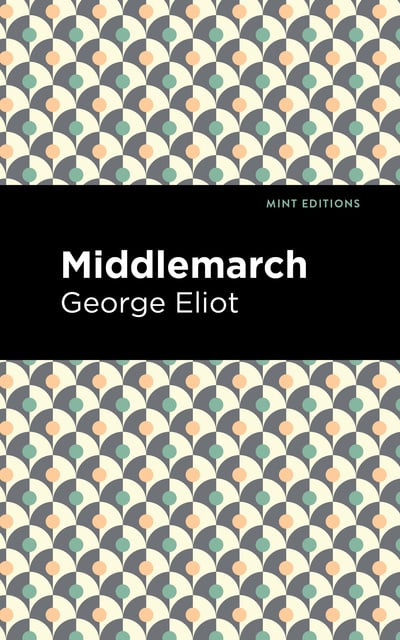 George Eliot’s most acclaimed work, Middlemarch displays the author at the peak of her powers, weaving multiple plotlines and a memorable collection of characters together to create a wide-ranging novel of remarkable insight.

First appearing in 1871, Middlemarch is a historical novel set 42 years before its publication. Political and social concerns of the era are present but serve as background and contrast to four compelling plotlines focused on a set of unforgettable characters striving against circumstance, each other, and themselves. Powerful themes, religion, love, marriage, education, society’s treatment of women and much more, are dealt with as fully fused elements of the story and integral parts of the lives of the characters. The author conveys a sweeping vision of small-town England in the Victorian era, the rich and the poor, the people of the countryside and the people of the city, while unspooling several interlocked storylines full of passion, uncertainty and suspense. Middlemarch received a mixed reaction upon its initial appearance, but has gained in standing among critics and general readers until it is now commonly considered one of the high points of 19th century fiction and even of English literature as a whole.

With an eye-catching new cover, and professionally typeset manuscript, this edition of Middlemarch is both modern and readable.