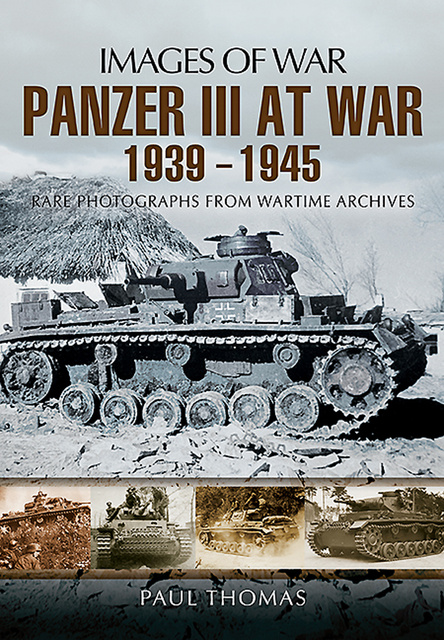 A highly illustrated account of the foremost German fighting machines of the Second War World—from the author of the bestselling Panzer IV at War.

With comprehensive captions and text this superb book is the latest in the bestselling Images of War Series and the second instalment of the author’s pictorial history of the German Panzers in the Second World War. The Panzer III saw almost continuous action from the annexation of Czechoslovakia, the invasion of Poland and then France and the Low Countries, in North Africa, Italy, the Eastern Front and, finally, the retreat back into Germany.

Between 1936 and 1945, many thousands of Panzer IIIs were built. It quickly demonstrated its superiority on the battlefield and, for most of the war, remained a match for its opponents’ heavy tanks.

The superb collection of images shows how these formidable tanks were adapted and up-gunned to face the ever-increasing enemy threat. The expert commentary describes how the Germans carefully utilized all available reserves and resources into building numerous production variants and how they coped on the battlefield. This is a splendid description of the one of the Nazis’ foremost fighting machines and a worthy successor volume to the acclaimed Panzer IV at War.