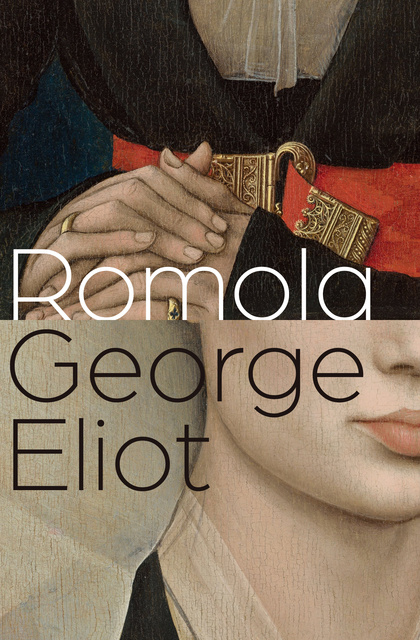 The celebrated Victorian author of Middlemarch explores the turbulent world of Florence during the Italian Renaissance in this sweeping historical novel.

Florence, 1492. Lorenzo de Medici has just died, leaving governance of the Florentine Republic to his son Piero, an unskilled ruler. Meanwhile, Tito Melema, a shipwrecked stranger, finds love with a young woman named Romola, the devoted daughter of a blind scholar. Though her brother has a vision of their marriage bringing disaster to the family, Romola and Tito are soon wed.

Two years later, Piero has been exiled for his cowardly surrender to French invaders, and the religious reformer Girolamo Savonarola has seized control. As Tito attempts to gain favor with the French, a shameful secret threatens to undermine him, and he will do anything to keep it hidden. When Tito’s duplicity in love and politics threatens to destroy everything Romola values, she must finally break free of his influence and find her own path in life.

Both a grand historical saga and the story of a woman’s intellectual and spiritual awakening, Romola is one of author George Eliot’s most ambitious literary achievements. Eliot herself described it as “written with my best blood”.