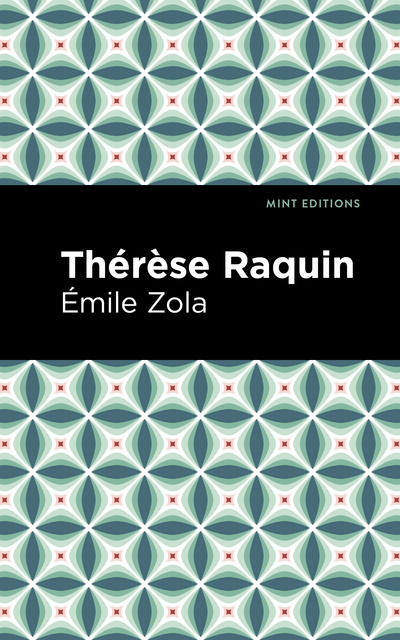 Thérèse Raquin (1867) is a novel by French author Émile Zola. Initially serialized in L’Artiste, a popular French literary magazine, Thérèse Raquin, Zola’s third novel, earned the author widespread fame and critical condemnation for its scandalous content and unsparing vision of human sexuality and violence. Thérèse Raquin effectively launched Zola’s career as a leading practitioner of literary naturalism, and has since been adapted countless times for theater, television, and film. Thérèse Raquin, the daughter of an Algerian mother and French father, is raised by her aunt, Madame Raquin, whose overbearing nature has turned her son Camille into a reclusive hypochondriac. Despite growing up like a sibling to Camille, Thérèse is forced by her aunt to marry him at the age of 21, thereby relinquishing her autonomy as a young, ambitious woman. Desperate for change, she suggests they move to Paris together, where the two women run a shop while Camille searches for his first job. In the French capital, Camille runs into an old friend, Laurent, who eventually falls in love with the unsuspecting man’s unhappy wife. Overwhelmed with desire, desperate for affection, Thérèse not only begins in an affair with Laurent, but considers the prospect of murdering her husband in order to free herself. During a boat trip, the two lovers seize their chance, but the consequences of their decision relentlessly follow them, leaving them haunted in dreams and in life by the man they thought they had lost. With a beautifully designed cover and professionally typeset manuscript, this edition of Émile Zola’s Thérèse Raquin is a classic work of French literature reimagined for modern readers.