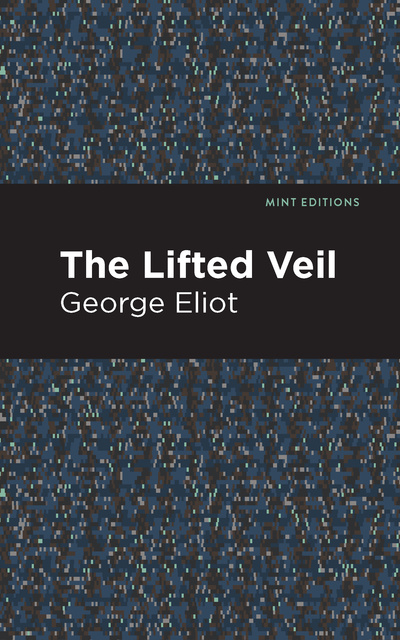 Latimer is cursed with psychic abilities that allow him to see the future, yet he’s unable to avoid the dark turn of his own life. What many consider a gift, he sees as a curse that has destroyed his ability to have normal relationships.

Latimer can hear people’s deepest thoughts and has visions of their impending future. It’s a power he acquired at a young age following a brief illness. Latimer loathes his ability, as it has made it nearly impossible for him to make genuine connections. He unknowingly uncovers dark secrets that reveal the worst of humanity. Despite this foresight, Latimer’s desire to control his own narrative blinds him to an inevitable outcome.

The Lifted Veil is a unique entry in Eliot’s literary catalogue. It was released the same year as her debut novel, Adam Bede, and is a stark departure from her usual themes. It highlights a different point-of-view and Eliot’s diverse storytelling ability.

With an eye-catching new cover, and professionally typeset manuscript, this edition of The Lifted Veil is both modern and readable.