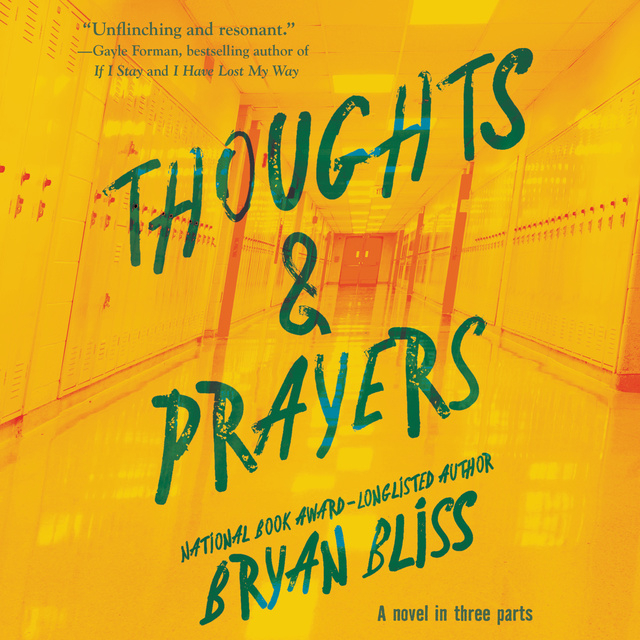 “In his unflinching and resonant new novel, Bryan Bliss shows that there is no straight line through trauma, no easy recipe for healing. Instead, in three loosely connected stories of young people bound by an all-too familiar tragedy, he deftly illuminates the small moments of human connection and resolve that might just lead to a place of grace.”—Gayle Forman, bestselling author of If I Stay and I Have Lost My Way

Fight. Flight. Freeze. What do you do when you can’t move on, even though the rest of the world seems to have?

Powerful and tense, Thoughts & Prayers is an extraordinary novel that explores what it means to heal and to feel safe in a world that constantly chooses violence.

Claire, Eleanor, and Brezzen have little in common. Claire fled to Minnesota with her older brother, Eleanor is the face of a social movement, and Brezzen retreated into the fantasy world of Wizards & Warriors.

But a year ago, they were linked. They all hid under the same staircase and heard the shots that took the lives of some of their classmates and a teacher. Now, each one copes with the trauma as best as they can, even as the world around them keeps moving.

Told in three loosely connected but inextricably intertwined stories, National Book Award–longlisted author Bryan Bliss’s Thoughts & Prayers follows three high school students in the aftermath of a school shooting. Thoughts & Prayers is a story about gun violence, but more importantly it is the story of what happens after the reporters leave and the news cycle moves on to the next tragedy. It is the story of three unforgettable teens who feel forgotten. 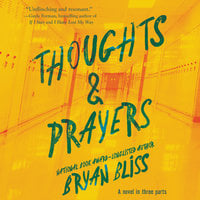