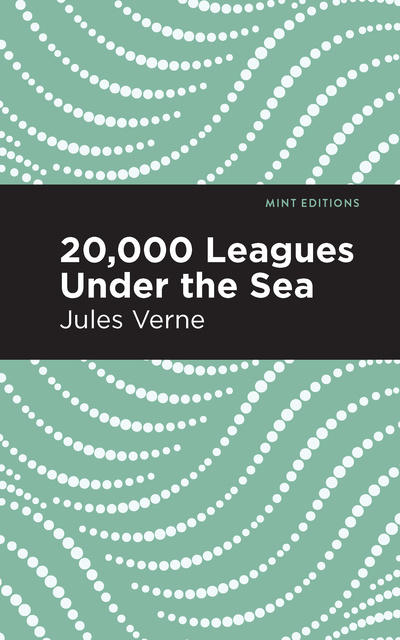 Taken aboard the submarine Nautilus by Captain Nemo, the narrator and his companions find themselves captives on a spectacular tour of the world’s oceans, and witnesses to Nemo’s increasingly obsessive hatred of the surface world.

Professor Pierre Aronnax was rescued from drowning by Captain Nemo, who insists that in order to protect the secret of his submarine, Aronnax must stay on board the Nautilus for the rest of his life. They explore the oceans, with the inspired author guiding them through a terrific array of undersea wonders, some based on reality and others wholly imagined. Giving his lush imagination free rein Verne describes his characters encountering sunken ships, Antarctic ice, and the drowned city of Atlantis, spicing the action with an unforgettable battle with giant squid. Though it all Aronnax notes Captain Nemo’s hatred for the nations of the surface world, which builds until it borders on madness and Aronnax and his companions realize that they must find a way to escape. First appearing in 1870, Twenty Thousand Leagues Under the Sea was an immediate success and has remained one of the author’s most esteemed works ever since. Celebrated for its prescient treatment of the submarine, the novel has also been steadily re-examined by critics who have found political, social and ecological subtexts in the book. Readers will find, as they have for 150 years, a richly engaging adventure story full of thrills, inventiveness and wonder.

With an eye-catching new cover, and professionally typeset manuscript, this edition of Twenty Thousand Leagues Under the Sea is both modern and readable.