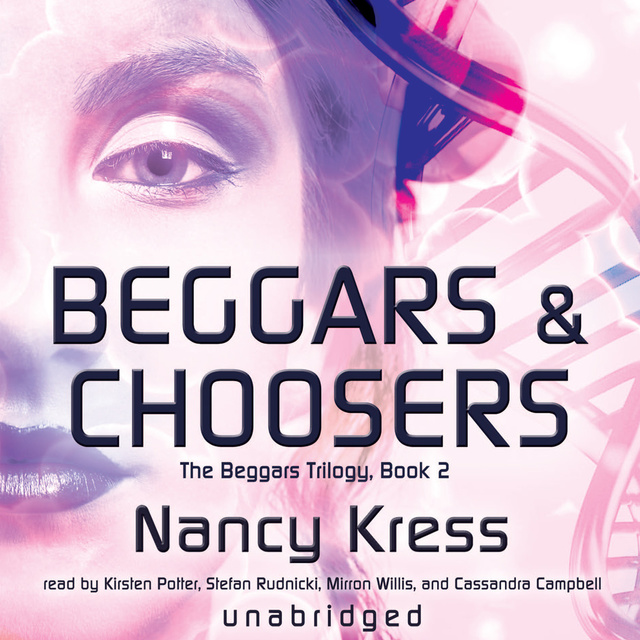 In Beggars and Choosers, Kress returns to the same future world created in her earlier work, an America strangely altered by genetic modifications. Millions of ordinary people are supported by the efforts of the handsome and intellectually superior genetically modified humans, who are in turn running scared in the face of the astonishing, nearly superhuman powers of the Sleepless, who have their own agenda for humanity. The Sleepless, radically altered humans, have withdrawn from the rest of the race to an island retreat, from which they periodically release dazzling scientific advances.

Most of the world is on the verge of collapse, overburdened by a population of jobless drones and racked by the results of irresponsible genetic research and nanotechnology.

The question arises as to whether or not the world can be saved but a bigger question remains: for whom?

Beggars and Choosers is a major work of hard science fiction and a rich, morally complex novel of a future world eerily like our own tomorrow. 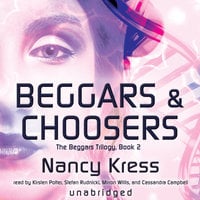