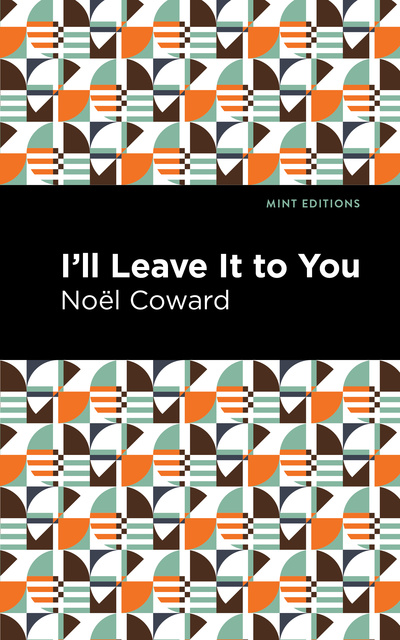 I'll Leave It to You

I'll Leave It to You

A rich uncle announces he has a terminal illness and plans to leave his estate to one of his sister’s children but under one condition. The family scrambles to accommodate his needs and meet the requirements of the inheritance. Mrs. Dermott is a widow and mother of five adult children—Oliver, Evangeline, Sylvia, Bobbie and Joyce. They live together in a large country house that they can no longer afford. The children are stagnant with no careers or future aspirations. Desperate, Mrs. Dermott turns to her brother Daniel for help. Once he arrives, Uncle Daniel declares he’s gravely ill and plans to leave his fortune to one of his sister’s children. He will bequeath a lucrative inheritance to the niece or nephew who is able to make the most of their life. In an effort to gain his favor, each child embarks on a different career path becoming successful in their own right. This leads to a startling revelation about Uncle Daniel, his wealth and mysterious illness. I’ll Leave It to You is a three-act play that’s both clever and entertaining. It’s one of Noël Coward’s earliest and most memorable works. It was written at age 19 and produced the following year in Manchester and London’s West End. With an eye-catching new cover, and professionally typeset manuscript, this edition of I’ll Leave It to You is both modern and readable.