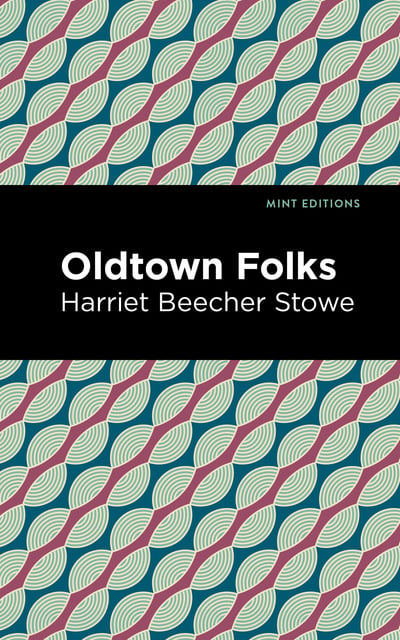 Oldtown Folks (1869) is a historical novel by Harriet Beecher Stowe. Although her career peaked with the publication of abolitionist novel Uncle Tom’s Cabin (1852), Stowe continued to work as a professional writer throughout her life. A tale of family, faith, and perseverance, Oldtown Folks displays her impressive imaginative range and admirable moral outlook while illuminating aspects of early American life that would otherwise be consigned to history.

After the death of his father and brother, Horace Holyoke moves with his mother to Oldtown, Massachusetts to live with her family. Staying at the home of his grandfather Jacob Badger, a prominent townsperson and successful miller, Horace listens to the stories of local religious figures, workers, and businesspeople who gather in the Badger family kitchen.

Meanwhile, Harry and Tina Percival—a young brother and sister abandoned by their father, a British soldier who fled to England after the war—arrive in Oldtown after escaping abuse at the hands of a foster family. Taken in by the Badgers, the siblings befriend Horace and slowly adjust to life in a loving home. One Easter, the children travel to Boston with the local minister’s wife to visit with the wealthy Madame Kittery, who takes an interest in Harry and Horace and promises them, should they do well in school, that she will pay for them both to attend Harvard.

Strengthened by the love of their community, anchored by their extended or adopted families, the three children grow up in a nation brimming with hope and meaningful change. Exploring religion, philosophy, and the value of education, Stowe’s novel is a powerful portrait of postwar New England for children and adults alike. Followed three years later by Oldtown Fireside Stories (1872), Oldtown Folks is an underappreciated masterpiece from the author of Uncle Tom’s Cabin, the most influential American novel of the nineteenth century.

With a beautifully designed cover and professionally typeset manuscript, this edition of Harriet Beecher Stowe’s Oldtown Folks is a classic of American children’s literature reimagined for modern readers.