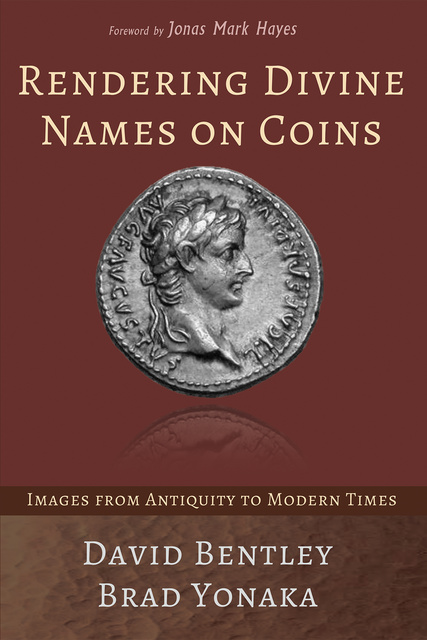 After Jesus glanced at the temple coin, he said, "Render to Caesar." This book's title and theme are based upon Jesus' command to give allegiance to both the state and God.

Coauthor David Bentley is the historian-theologian who reads and translates the coins' messages. Coauthor Brad Yonaka is the geologist-scientist who finds the copper, silver, and gold coins which are on display in nearly one hundred photo-figures throughout the text.

Our God is represented by the Abrahamic faiths (Judaism, Christianity, and Islam); his divine name has appeared on coins since biblical times.

Even the most theologically astute readers will be surprised by our introduction of Paul, Priscilla, and Aquila as "tabernacle-makers" not "tent-makers."

Greek and Roman gods and goddesses, a few ancient Persian empires, the Islamic caliphs, and Qur'anic messages are present in this book. Each stamped their impressions on civilization. When Lincoln added "In God We Trust" during the Civil War, was it as Jesus commanded, a combination of honoring divine and governmental authorities? Or was it a counterfeit trust in dead presidents or self?