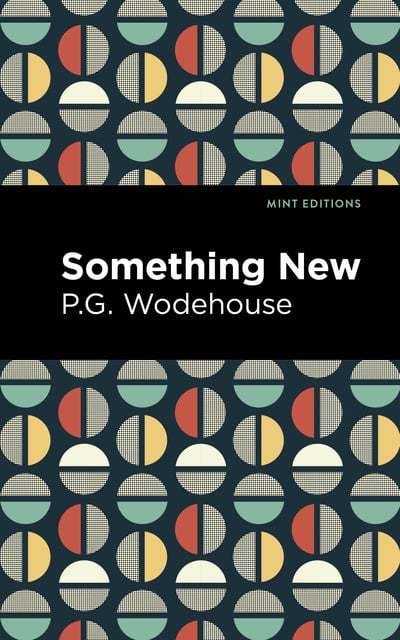 Introducing some of P.G Wodehouse’s adored reoccurring characters and settings, Something New marks the beginning of the adventures at Blanding Castle. When Freddie and Aline get engaged, both are happy with the arrangement. Both from wealthy and prominent families, the engagement ensures them a higher social status. However, Freddie becomes paranoid that old letters he sent to an ex would endanger the engagement if unearthed. Desperate, Freddie hires a shady fixer to recover the letters. Meanwhile, J. Preston Peters, an American billionaire and Aline’s father, invites Freddie’s father, the Earl of Emsworth, to visit his home. There, the two men make small talk while Peters attempts to impress Emsworth with his vast beetle collection. But passive-aggressive conflict arises when Emsworth accidently slips Peters’ most prized beetle in his pocket, unintentionally stealing it. Though Peters suspects the other man, he is reluctant to confront him, in fears that it would threaten their children’s relationship. Instead, he advertises a reward for its return, inspiring a group of greedy thieves to find the beetle for themselves. With battling fathers, a group of thieves, a shady fixer, and a missing beetle, Aline and Freddie struggle to preserve their engagement.

Considered to be one of P.G Wodehouse’s best works, Something New is a comic caricature of aristocratic life. Originally published in Great Britain in 1915, the novel earned such impressive commercial success that it was reprinted for American audiences as well with minor changes to appeal to the demographic. With amusing and lovable characters, Something New delivers a light-hearted but exciting narrative that keeps audiences entertained even over one-hundred years after its first publication.

Now presented in a stylish, easy-to-read font and with a fun, eye-catching cover design, this edition of Something New by P.G Wodehouse is catered to accommodate modern readers.