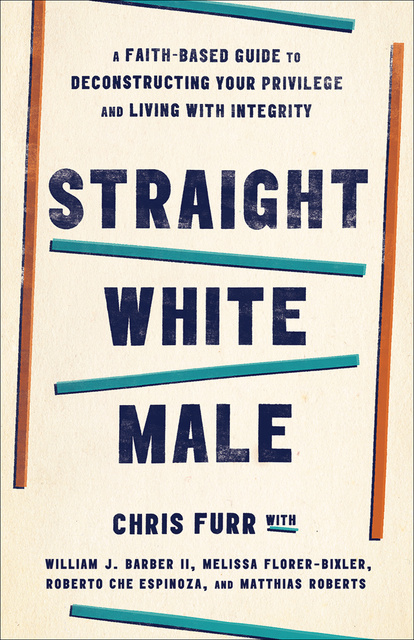 Straight White Male: A Faith-Based Guide to Deconstructing Your Privilege and Living with Integrity

Straight White Male: A Faith-Based Guide to Deconstructing Your Privilege and Living with Integrity

As the cultural conversation around race, gender, and sexuality has evolved, straight, white men are becoming increasingly aware of their privilege. But many may be left thinking, "OK, what am I supposed to do about it?" "We need a way forward beyond feelings of guilt, overwhelmingness, anger, and denial." "We are looking for transformative guidance that helps us be the good guys we want to be."

Straight, white, male pastor Chris Furr offers a guide to deconstructing that privilege in Straight White Male. With an emphasis on confession and redemption, Furr invites other privileged men to reconsider the ways they live, work, believe, and interact with others. Alongside Furr's perspective, essays from contributing writers who lack various types of privilege—straight, Black man William J. Barber II, straight, white woman Melissa Florer-Bixler, queer, nonbinary latinx Robyn Henderson-Espinoza, and gay, white man Matthias Roberts—offer insights on how particular types and combinations of privilege (and the lack thereof) shape the way we move through the world. Their combined voices offer much-needed perspective through this deconstruction and provide a vision for how straight, white men can do better for ourselves, our families, and society.