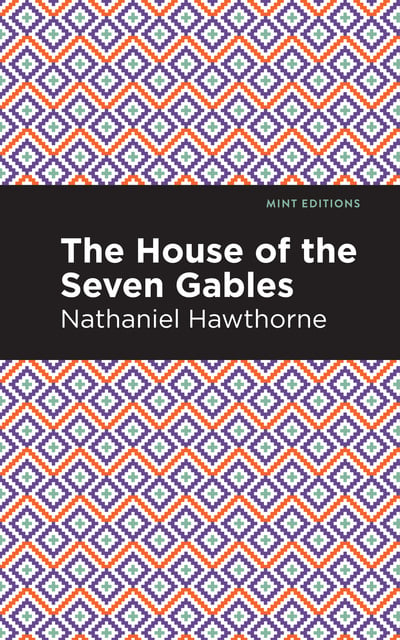 A brother and sister occupy their family home, which has been linked to a series of unfortune events including the death of its original owner. They attempt to avoid their ancestor’s fate and escape their looming legacy.

Hepzibah and Clifford Pyncheon live in a historic manor that has been in their family for generations. The property was built in the seventeenth century on stolen land that originally belonged to Matthew Maule. He was targeted, detained and eventually executed after being suspected of witchcraft. The legend claims Maule cursed the Pyncheon family, leading to a string of unexplained events starting with the death of the home’s new owner. In the present, Hepzibah and Clifford are struggling with their financial, mental and emotional burdens.

The House of the Seven Gables is a rich and haunting tale set in Hawthorne’s native New England. It’s a multigenerational story that thrives on mystery, suspense and elements of Gothic horror.

With an eye-catching new cover, and professionally typeset manuscript, this edition of The House of Seven Gables is both modern and readable.