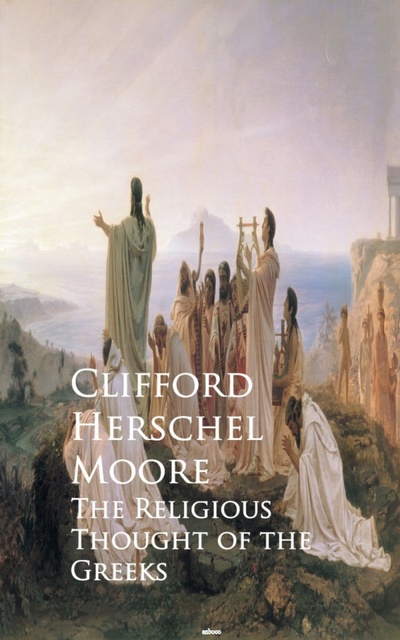 The Religious Thought of the Greeks

The Religious Thought of the Greeks

In this book eight lectures given before the Lowell Institute in Boston during the late autumn of 1914 are combined with material drawn from a course of lectures delivered the previous spring before the Western Colleges with which Harvard University maintains an annual exchange—Beloit, Carleton, Colorado, Grinnell, and Knox. The lecture form has been kept, even at the cost of occasional repetition.
The purpose of these lectures is to present within a moderate compass an historical account of the progress of Greek religious thought through something over a thousand years. No attempt has been made to give a general treatment of Greek religion, or to deal with pre-Hellenic origins, with religious antiquities, or with mythology. The discussions are confined rather to the Greeks' ideas about the nature of the gods, and to their concepts of the relations between gods and men and of men's obligations toward the divine. The lectures therefore deal with the higher ranges of Greek thought and at times have much to do with philosophy and theology.
Yet I have felt free to interpret my subject liberally, and, so far as space allowed, I have touched on whatever seemed to me most significant. Ethics has been included without hesitation, for the Greeks themselves, certainly from the fifth century b.c., regarded morals as closely connected with religion. A treatment of the [vi] oriental religions seemed desirable, since the first two centuries and a half of our era cannot be understood if these religions are left out of account. Still more necessary was it to include Christianity. In my handling of this I have discussed the teachings of Jesus and of Paul with comparative fullness, in order to set forth clearly the material which later under the influence of secular thought was transformed into a philosophic system. Origen and Plotinus represent the culmination of Greek religious philosophy.