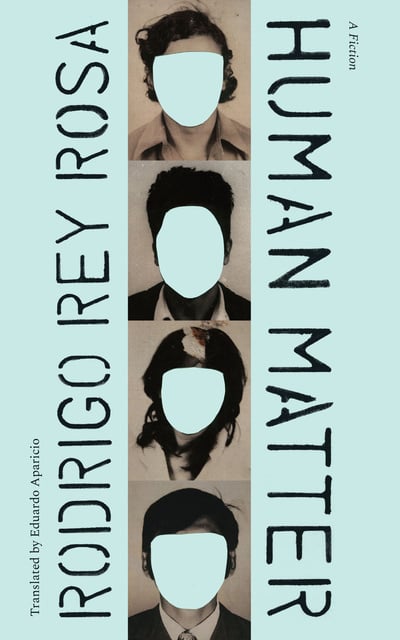 This prizewinning Guatemalan author’s meta-novel delves into the secret police records and history of political violence in his homeland.

In 2005, novelist Rodrigo Rey Rosa started visiting the Historical Archive of the Guatemala National Police, where millions of previously hidden records were being cataloged, bringing to light detailed evidence of crimes against humanity. In response, Rey Rosa crafted a meta-novel that weaves the language of arrest records and surveillance reports with the contemporary journal entries of a novelist (named Rodrigo) who is attempting to synthesize the stories of political activists, indigenous people, and others ensnared in a deadly web of state-sponsored terrorism.

When Rodrigo’s access to the archive is suspended, he proceeds to the General Archives of Central America and the Library of Congress, also collaborating with the son of the Identification Bureau's former head in a relentless pursuit of understanding. Human Matter is both a tour de force of fiction and a sobering meditation on the realities of collective memory, raising timely questions about how our history is recorded and retold.