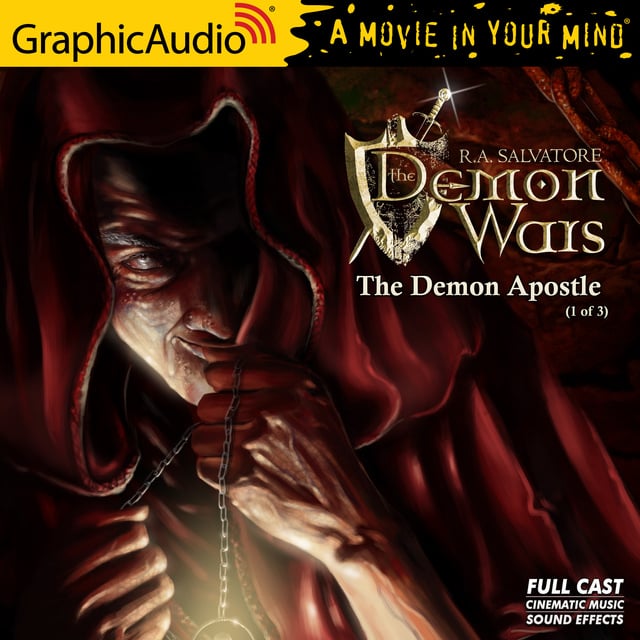 The Demon Apostle (1 of 3) [Dramatized Adaptation]: The DemonWars Saga 3

The Demon Apostle (1 of 3) [Dramatized Adaptation]: The DemonWars Saga 3

"The specter of civil war haunts a ravaged land. And a specter even more fearsome gains power; for the demon, though defeated, was not destroyed. And now its vengeful spirit has found an unholy sanctuary at the very heart of the Abellican Church.

As the elf-trained ranger Elbryan Wynden presses north to reclaim the savage Timberlands from retreating goblin hordes and his companion, Pony, mistress of gemstone magic, turns south to the civilized—but no less perilous—streets of Palmaris, they find themselves caught up in a ruthless power struggle to decide the fate of all Corona. A struggle that will push their courage and love to the breaking point...and beyond.

Condemned as heretics, the two heroes are hunted by dangerous enemies. The leader of the Church boasts a mastery of gemstone magic that rivals Pony's proven might. And the Abbot's right hand, the Bishop of Palmaris, has claws so sharply honed by hate and magic that no man—or ranger—can withstand their killing stroke. Then an unexpected twist of fate forces Pony to make a harrowing choice, one that may doom the world to demonic domination." 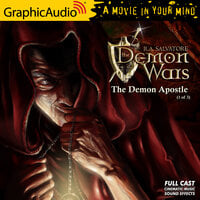