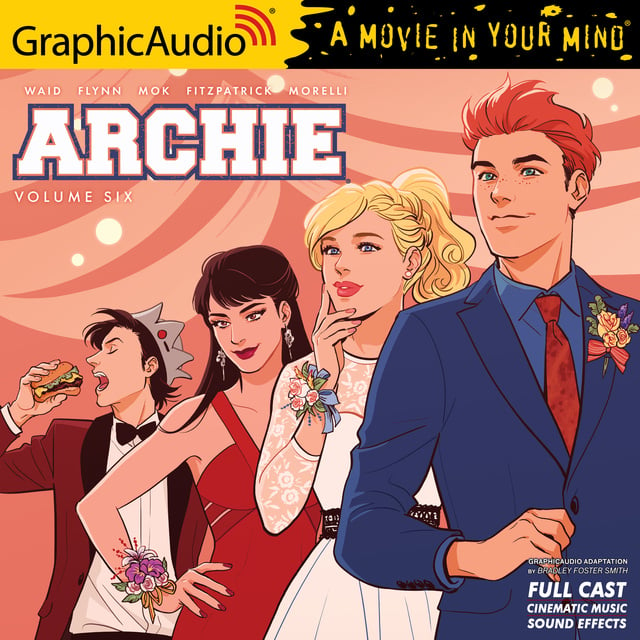 It all comes down to this!

Superstar writer Mark Waid teams up with the best and brightest artists in comics to bring a modern take to the legendary Riverdale cast of characters. This audiobook captures the bite and hilarious edge of Archie's original tales in a modern, forward-looking manner, while still retaining the character's all-ages appeal.

The Riverdale gang—held hostage by Cheryl Blossom’s father! Reggie—at last paying for his crimes! And when all is said and done, Riverdale is turned upside down once more! Adapted from Archie issues and produced with a full cast of actors, immersive sound effects and cinematic music.