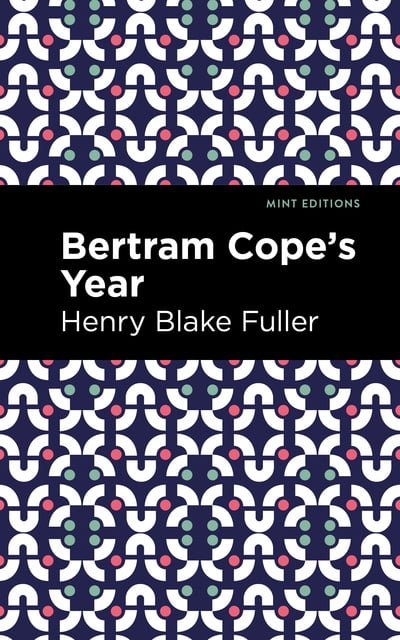 Bertram Cope’s Year (1919) is a novel by Henry Blake Fuller. Having established himself as a leading figure in Chicago’s burgeoning literary scene, Fuller—a pioneer of American realist fiction—produced this late masterpiece, often considered one the nation’s earliest homosexual novels. Both profound and funny, Bertram Cope’s Year is a classic campus story that critiques the social lives of academics while emphasizing the struggles of its intelligent young hero.

“Of course, there is no more reason for assuming that every man will make a good lover than that every woman will make a good mother or a good housekeeper. Or that every adult male will make a good citizen....I don't feel that I'm an especially creditable one. So it runs. We ground our general life on theories, and then the facts come up and slap us in the face.” Where theories fail, experience is all that remains. For Bertram Cope, a promising young English instructor, this truth proves both enticing and dangerous—searching for recognition, he suffers from self-doubt; searching for love, he finds romance wherever he turns.

As he balances his work alongside affairs with older men and women, as well as some fleeting matches with women his own age, Bertram finds himself longing for his old friend Arthur Lemoyne, perhaps the only person who has always treated him as human. Hilarious and heartfelt, Bertram Cope’s Year is a groundbreaking work of queer literature that continues to entertain and inform over a century after it was published. With a beautifully designed cover and professionally typeset manuscript, this edition of Henry Blake Fuller’s Bertram Cope’s Year is a classic work of queer American literature reimagined for modern readers.