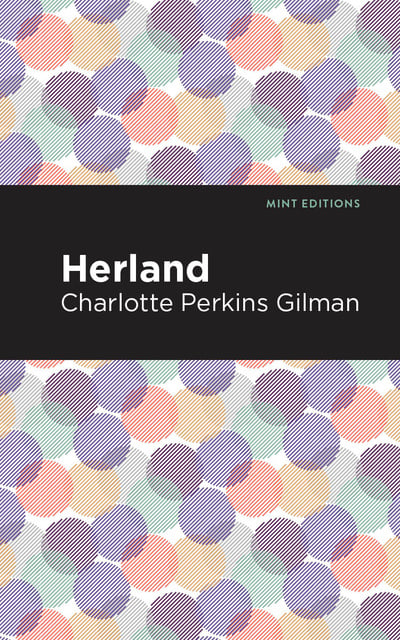 Herland (1915) is a utopian novel by American author and feminist Charlotte Perkins Gilman. Herland was originally published in The Forerunner, a monthly magazine edited by Gilman, before going out of print for the next several decades. The novel was republished with an influential introduction by scholar Ann J. Lane in 1979 and has since been recognized as an important work of science fiction written by a leading feminist of the early twentieth century.

A sociologist and his two friends embark on an expedition to discover a rumored land where a lost civilization of women lives apart from the rest of the world. They journey by plane and, upon landing, are quickly captured by a group of women. Taken to town, the men are held in a central fortress where they are treated well and encouraged to learn more about the women’s culture in order to assimilate. They are taught the history of the land, which has been without men for two thousand years, and learn that the women are able to reproduce asexually. Although they recognize the utopian qualities of the society and despite being impressed by the beauty and order of its structures, the men struggle to live without presupposed notions of gender and patriarchy. When an escape attempt goes awry, they are forced to abandon their prejudices, joining the society through marriage. When one of the group fails to respect their hosts’ ideals of gender equality, however, the men are forced to make a decision that could endanger the continued existence of the utopia.

With a beautifully designed cover and professionally typeset manuscript, this edition of Charlotte Perkins Gilman’s Herland is a classic of American literature and science fiction reimagined for modern readers.