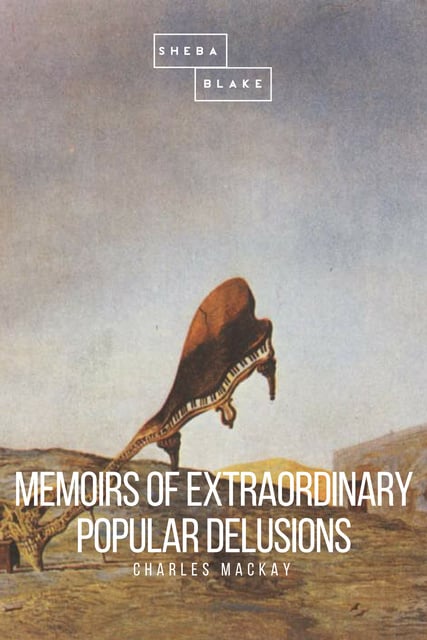 Memoirs of Extraordinary Popular Delusions is an early study of crowd psychology by Scottish journalist Charles Mackay. The book chronicles its subjects in three parts: "National Delusions", "Peculiar Follies", and "Philosophical Delusions". MacKay was an accomplished teller of stories, though he wrote in a journalistic and somewhat sensational style. The subjects of Mackay's debunking include alchemy, crusades, duels, economic bubbles, fortune-telling, haunted houses, the Drummer of Tedworth, the influence of politics and religion on the shapes of beards and hair, magnetisers (influence of imagination in curing disease), murder through poisoning, prophecies, popular admiration of great thieves, popular follies of great cities, and relics. Present-day writers on economics, such as Michael Lewis and Andrew Tobias, laud the three chapters on economic bubbles. Scientist and astronomer Carl Sagan mentioned the book in his own discussion about pseudoscience, popular delusions, and hoaxes. In later editions, Mackay added a footnote referencing the Railway Mania of the 1840s as another "popular delusion" which was at least as important as the South Sea Bubble. Mathematician Andrew Odlyzko has pointed out, in a published lecture, that Mackay himself played a role in this economic bubble; as leader writer in the Glasgow Argus, Mackay wrote on 2 October 1845: "There is no reason whatever to fear a crash".