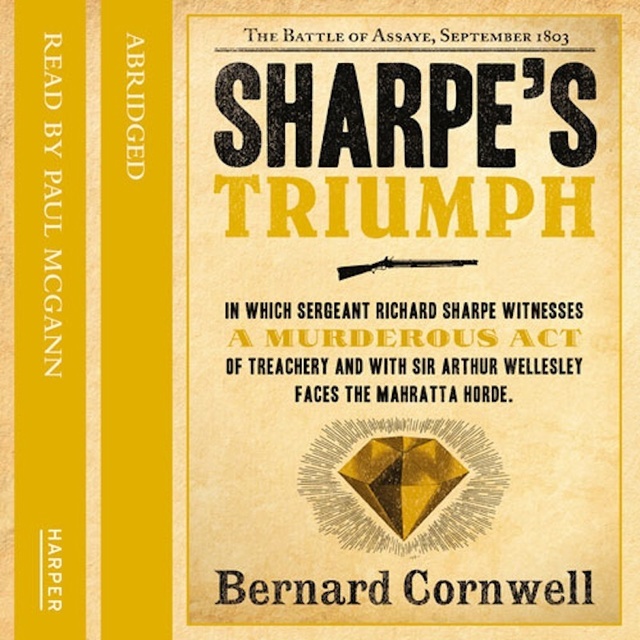 The latest of Cornwell’s perennially popular Sharpe adventures, returning, like Sharpe’s Tiger, to India, and culminating with the battle at Assaye which Wellington considered his greatest victory.

Sergeant Richard Sharpe witnesses a murderous act of treachery by an English officer who has defected from the East India Company to join the Mahratta Confederation. In the hunt for the renegade Englishman, Sharpe penetrates deep into enemy territory where he is followed relentlessly by his worst enemy, Sergeant Obadiah Hakeswill.

The paths of treachery all lead to the small villiage of Assaye where Sir Arthur Wellesley, with a diminished British army, faces the Mahratta horde. Outnumbered and outgunned, Wellesley plunges his men into the white heat of battle. A battle that will make his reputation, and perhaps Sharpe’s too. 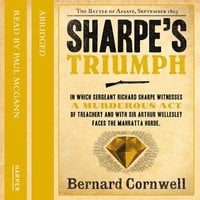