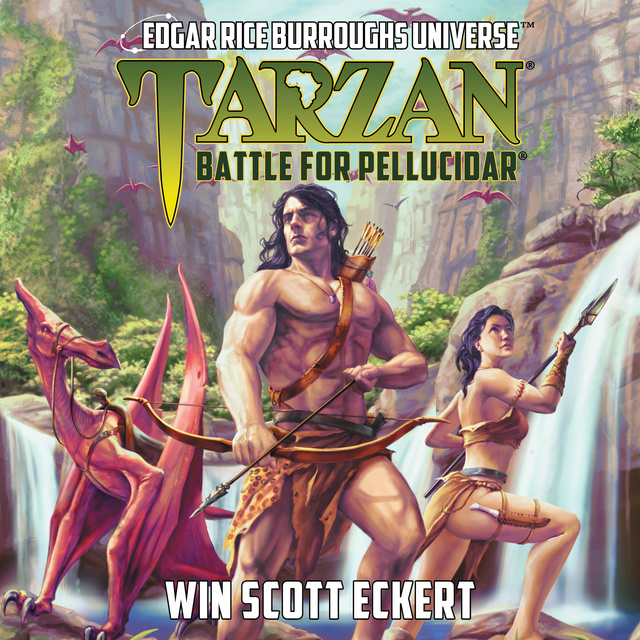 Tarzan is back in the newest novel of the groundbreaking Edgar Rice Burroughs Universe series!

Tarzan of the Apes, Jason Gridley, and the crew of the airship O-220 return to Pellucidar, the world at the Earth’s core, on a wartime mission to stop the Nazis from obtaining a powerful superweapon. But when the Lord of the Jungle’s murderous adversaries partner with the Mahars—Pellucidar’s routed reptilian overlords—and his adventurous granddaughter Suzanne goes missing on a reconnaissance mission, can Tarzan prevent the conquest and enslavement of all humanity in both the inner and outer worlds?

Also includes the bonus novelette “Victory Harben: Clash on Caspak” by Mike Wolfer, as the Swords of Eternity Super-Arc hurls a young scientist to the prehistoric world of The Land That Time Forgot.

THE FIRST UNIVERSE OF ITS KIND
A century before the term “crossover” became a buzzword in popular culture, Edgar Rice Burroughs created the first expansive, fully cohesive literary universe. Coexisting in this vast cosmos was a pantheon of immortal heroes and heroines—Tarzan of the Apes, Jane Clayton, John Carter, Dejah Thoris, Carson Napier, and David Innes being only the best known among them. In Burroughs' 80-plus novels, their epic adventures transported them to the strange and exotic worlds of Barsoom, Amtor, Pellucidar, Caspak, and Va-nah, as well as the lost civilizations of Earth and even realms beyond the farthest star. Now the Edgar Rice Burroughs Universe expands in an all-new series of canonical novels written by today's talented authors!

SWORDS OF ETERNITY SUPER-ARC
When an unknown force catapults inventors Jason Gridley and Victory Harben from their home in Pellucidar, separating them from each other and flinging them across space and time, they embark on a grand tour of strange, wondrous worlds. As their search for one another leads them to the realms of Amtor, Barsoom, and other worlds even more distant and outlandish, Jason and Victory will meet heroes and heroines of unparalleled courage and ability: Carson Napier, Tarzan, John Carter, and more. With the help of their intrepid allies, Jason and Victory will uncover a plot both insidious and unthinkable—one that threatens to tear apart the very fabric of the universe...

The Swords of Eternity Super-Arc comes to our universe in a series of four interconnected novels:

Carson of Venus: The Edge of All Worlds by Matt Betts

John Carter of Mars: Gods of the Forgotten by Geary Gravel 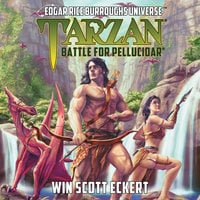