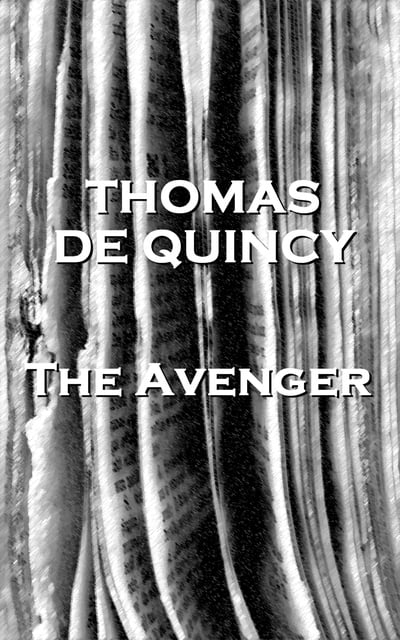 Published in 1838, Thomas De Quincey’s The Avenger is a Gothic story of bloodshed, cruelty and religious authoritarianism. It centers around the character of John Williams, a London serial killer who brutally massacred seven people in the 1810s. By and large, the book represents De Quincey’s aesthetic examination of the crimes and the criminal behavior of his age. His analysis may be shocking to ordinary readers since he examines the committed crimes from the vantage point of the murderer himself. Furthermore, instead of focusing on the crime’s horror and hideous nature, his rather indifferent, technical approach strangely leads him to look at it as a sort of work of art and to highlight its negative as well as its “positive” aspects. To the surprise of the readers, with Thomas De Quincey, crimes might metamorphose into a form of celebration or even an art through which the criminal asserts his murderous capabilities. Despite all this eccentricity, De Quincey’s work on crime has certainly contributed to the philosophical apprehension of crime as well as to modern criminology.