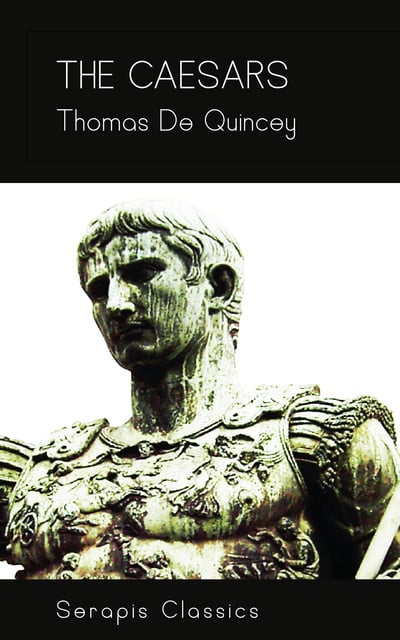 The condition of the Roman Emperors has never yet been fully appreciated; nor has it been sufficiently perceived in what respects it was absolutely unique. There was but one Rome: no other city, as we are satisfied by the collation of many facts, either of ancient or modern times, has ever rivalled this astonishing metropolis in the grandeur of magnitude; and not many—if we except the cities of Greece, none at all—in the grandeur of architectural display. Speaking even of London, we ought in all reason to say—the Nation of London, and not the City of London; but of Rome in her palmy days, nothing less could be said in the naked severity of logic.

A million and a half of souls—that population, apart from any other distinctions, is per se for London a justifying ground for such a classification; à fortiori, then, will it belong to a city which counted from one horn to the other of its mighty suburbs not less than four millions of inhabitants [Footnote: Concerning this question—once so fervidly debated, yet so unprofitably for the final adjudication, and in some respects, we may add, so erroneously—on a future occasion.] at the very least, as we resolutely maintain after reviewing all that has been written on that much vexed theme, and very probably half as many more. Republican Rome had her prerogative tribe; the earth has its prerogative city; and that city was Rome.