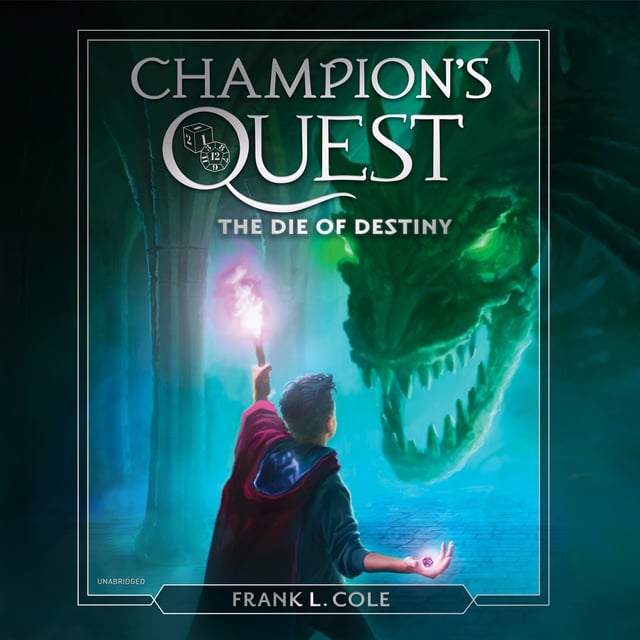 The Die of Destiny

The Die of Destiny

It’s a strange and intriguing place—Hob & Bogie’s Curiosity Shoppe. It’s a gaming store, but instead of carrying the latest in cool gaming gear and gadgets, the store is filled with board games, including role-playing games featuring hundreds of miniature warriors, wizards, and monsters, models of dragons, and lots of various-sided dice.

The store windows were too tempting for twelve-year-old Lucas and his foster brother Miles to pass by. Immediately, they’re greeted by one of the store owners named Hob, an elderly gentleman with a long, gray beard. Miles thinks he could pass for a wizard. Lucas doesn’t want to stay long, not when he’s running away from his foster home, where he doesn’t feel like he fits in.

Hob invites the boys and another girl, Jasmine Bautista, Lucas’s classmate, to play a curious RPG game called Champion’s Quest. The game does sound interesting. In it, players assume different character roles and are given dangerous challenges as they earn treasures, acquire weapons, and gain experience points to defeat harder, more menacing monsters to ultimately win.

When Vanessa from the foster home tracks them down, she insists the boys go home. As they walk out the front door, they immediately discover they’re no longer in West Virginia, but transported right into the Champion’s Quest game—a wild fantasy world of dangerous trolls, brutish minotaurs, and powerful magic.

The four kids—Lucas, a fiercely independent boy who suffers from panic attacks; Jasmine, a feisty girl who struggles to make friends; Miles, a book-smart boy with a wide-eyed innocence; and Vanessa, a perpetually grumpy sixteen-year-old girl—are suddenly immersed in this world as their new RPG characters.

They must work together as a team, overcome their real-world weaknesses, and believe in themselves and each other as champions if they are to outwit, outplay, and survive their foes in this ultimate quest to defeat a treacherous, three-headed monster.

Champion’s Quest: Die of Destiny is a middle-grade fantasy with themes of friendship, cooperation, perseverance, overcoming anxiety, and the emotional need to feel accepted. 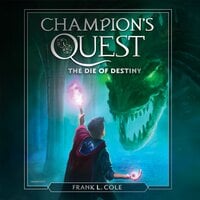