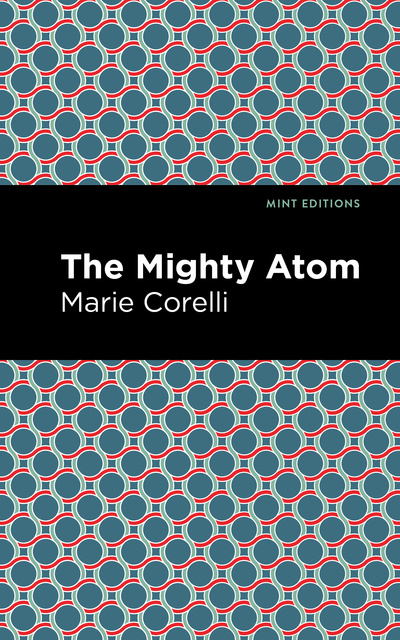 The Mighty Atom (1896) is a novel by Marie Corelli. Published at the height of Corelli’s career as one of the most successful writers of her generation, the novel combines realism, social commentary, and family drama to tell a story of morality and the corruption of the youth.

Due for reassessment by a modern audience, Marie Corelli’s work—which has inspired several adaptations for film and theater—is a must read for fans of early science fiction. “‘D—d—did I hear you rightly, sir? Ch—child-murder!’ ‘I repeat it, Mr. Valliscourt Child-murder! Take the phrase and think it over! You have only one child, —a boy of a most lovable and intelligent disposition and you are killing him with your hard and fast rules, and your pernicious “system” of intellectual training. ’” Intended as a rallying cry to Christian readers, The Mighty Atom states quite clearly Correlli’s beliefs on progressivism and public education. Raised in a household of atheists, Lionel is left only with science to inform his thoughts and experiences.

Early in the novel, his tutor, a religious Scotsman, is dismissed by the boy’s father Mr. Valliscourt. On his way out the door, however, he makes sure to state his mind to his employer. Despite his warning about the boy’s perilous upbringing, Lionel will grow into a nervous, lonely young man.

Addressing philosophical, scientific, and religious themes, The Mighty Atom is a moving work of fiction which asks important questions about an emerging modern world. With a beautifully designed cover and professionally typeset manuscript, this edition of Marie Corelli’s The Mighty Atom is a classic work of English science fiction reimagined for modern readers.