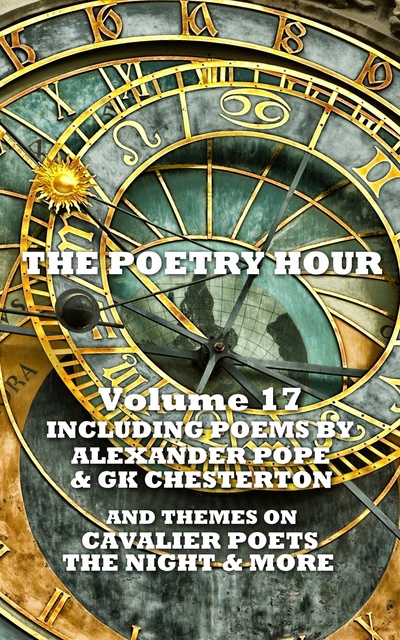 Poetry is often cited as our greatest use of words. The English language has well over a million of them and poets down the ages seem, at times, to make use of every single one. But often they use them in simple ways to describe anything and everything from landscapes to all aspects of the human condition. Poems can evoke within us an individual response that takes us by surprise; that opens our ears and eyes to very personal feelings. Forget the idea of classic poetry being somehow dull and boring and best kept to children’s textbooks. It still has life, vibrancy and relevance to our lives today.

Where to start? How to do that? Poetry can be difficult. We’ve put together some very eclectic Poetry Hours, with a broad range of poets and themes, to entice you and seduce you with all manner of temptations.

In this hour we introduce poets of the quality and breadth of Ben Jonson and Jalalludin Rumi as well as themes on The Female Poet, Hell, Victorian Poetry and more.

All of them are from Portable Poetry, a dedicated poetry publisher. We believe that poetry should be a part of our everyday lives, uplifting the soul & reaching the parts that other arts can’t. Our range of audiobooks and ebooks cover volumes on some of our greatest poets to anthologies of seasons, months, places and a wide range of themes. Portable Poetry can found at iTunes, Audible, the digital music section on Amazon and most other digital stores.

Portable poetry – Let us join you for the journey.

The Dunicad. An Extract of Book I by Alexander Pope

At the Entering of the New Year by Thomas Hardy

It is Winter by Daniel Sheehan

Pray, to What Earth Does This Sweet Cold Belong by Henry David Thoreau

The Cavalier Poets – An Introduction

The Given Heart by Abraham Cowley

Epigram LXV – To My Muse by Ben Jonson

Definition of Love by Andrew Marvell

To Sappho by Robert Herrick

I Prithee Send Me Back My Heart by Sir John Suckling

The Poetry of GK Chesterton - An Introduction

The Englishman by GK Chesterton

The Convert by GK Chesterton

The Last Hero by GK Chesterton

Who Goes Home by GK Chesterton

The Poetry of Night - An Introduction

Prolong the Night by Renee Vivien

I Weary Tonight, I Weary by Alexander Anderson

A Prayer in Darkness by GK Chesterton

The Night by Alfred Lichtenstein

From The City of Dreadful Night by James Thomson

The Slave’s Singing at Midnight by Henry Wadsworth Longfellow

Sleep on Thine Eyes by Hafiz

John Keats – A Tribute in Verse

The Poetry of Keats by George Meredith

For the Anniversary of John Keats Death by Sara Teasdale

The Grave of Keats by Oscar Wilde