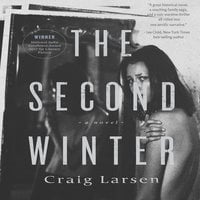 The fog of war shrouds occupied Denmark in the darkest days of World War II. On a farm in Jutland, Fredrik Gregersen struggles to keep his children fed, supplementing his income by smuggling refugees through Denmark into Sweden. Meanwhile, in Copenhagen, Polina, a young Polish Jew, has been forced into prostitution by the Nazis. When Fredrik steals an heirloom necklace from a helpless Jewish family, his fate becomes intertwined with Polina's, entrapping them both in a complex web that takes decades to unravel.