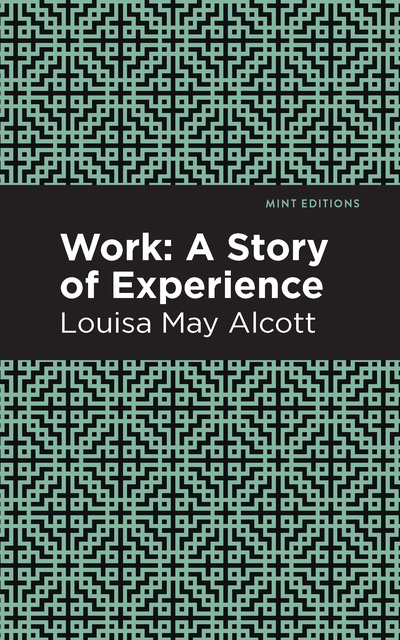 Work: A Story of Experience

Work: A Story of Experience

After the death of her parents, Christie Devon declares her autonomy and desire to pioneer a new option for women—working. As a single woman, Christie wants to maintain her independence and work outside the home. She begins her journey discouraged to find that as a woman, her upbringing has failed her in that she was not taught a trade, as men often were, but rather the duties of a housewife. Christie first works as a maid, knowing there was no shame in the work itself. However, society was keen on making the work typical of women humiliating, and Christie soon finds that her pride cannot handle being a maid. Next, Christie works as an actress. She enjoys this work, though is discouraged by some of the “unvirtuous” aspects of the job. When she doesn’t obtain the success she was hoping for, Christie begins factory work. In the face of endless dilemmas, discouragement, and discrimination, Christie becomes even more determined not only to pave a path of success and independence for herself, but to inspire it for other women as well. Accompanied by an odd but lovable assortment of friends, including a radical priest, a prostitute, and a freed slave, Christie nurtures her ambition while keeping her values, becoming an advocate for women in the workplace.

On the frontlines of the start of women working outside the home, Work: A Story of Experience depicts life as a working woman during the Industrial era. As an advocate for women’s rights, Louisa May Alcott demonstrates in her novel that a woman can have both love and work. Alcott’s feminism translates as modern even today, as there are still lingering ideas that a woman who works is selfish. Work: A Story of Experience defies this, depicting Christie, a woman who exudes ambition while maintaining her loving virtues.

This edition of Louisa May Alcott’s Work: A Story of Experience is redesigned with an eye-catching new cover and easy-to-read print. Work: A Story of Experience depicts the semi-autobiographical struggles of author Louisa May Alcott as a working women in the 19th century, but also exemplifies feminism and romance that is still both admirable and applicable.