<p>Matt Logan is an MI5 agent for the British government. Working on the frontline of counter-terrorism in the UK he’s trained to protect its citizens against all threats.</p><p> When two brothers known operationally as ‘Iron Sword’ and ‘Stone Fist’ are suspected of plotting a major terrorist attack, Logan and his team work undercover to track them down. If they fail, what will be unleashed will rock the country to its very core.</p><p> Frustrated by always needing to obey the rules, Logan yearns for a way to break through the red tape that hinders their progress. His wishes seem to come true when he is offered the chance to join a new, top-secret unit known as ‘Blindeye’.</p><p> Then devastating news reaches Logan, throwing his world into turmoil. But one thing remains certain, he will join the team and become their fiercest, most ruthless operator . . . <br>£12.99</p> 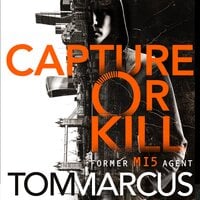