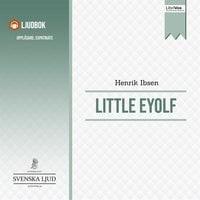 Hedda Gabler has just returned from her honeymoon. She has married out of ennui, and is already heartily sick of her husband, who is a plodding, pedantic academic. Upon moving into her new Christiania home, she soon discovers that Thea Elvsted, an old schoolmate whom she always envied and despised, has boldly left her marriage in order to be with Eilert Lövborg, a former lover of Hedda who is trying to overcome a past life of debauchery and alcoholism by creating a revolutionary new work of philosophy and returning to respectability. Another old flame, Judge Brack, tries to wheedle his way back into Hedda’s life by any means possible. Yearning to exercise power over someone, anyone, to “mould a human destiny,” Hedda begins callously to manipulate the people around her to devastating effect. Written at the height of Ibsen’s mature period, this play has endured as one of the most-performed and most powerful of all Ibsen’s works. Hedda is both perpetrator and victim, a psychologically-complex, frustrated woman trying to assert some control over her world. Henrik Johan Ibsen was a major 19th-century Norwegian playwright, theatre director, and poet. He is often referred to as "the father of realism" and is one of the founders of Modernism in the theatre. His major works include Brand, Peer Gynt, An Enemy of the People, Emperor and Galilean, A Doll's House, Hedda Gabler, Ghosts, The Wild Duck, Rosmersholm, and The Master Builder. He is the most frequently performed dramatist in the world after Shakespeare, and A Doll's House became the world's most performed play by the early 20th century. Several of his plays were considered scandalous to many of his era, when European theatre was required to model strict morals of family life and propriety. Ibsen's work examined the realities that lay behind many façades, revealing much that was disquieting to many contemporaries. It utilized a critical eye and free inquiry into the conditions of life and issues of morality.