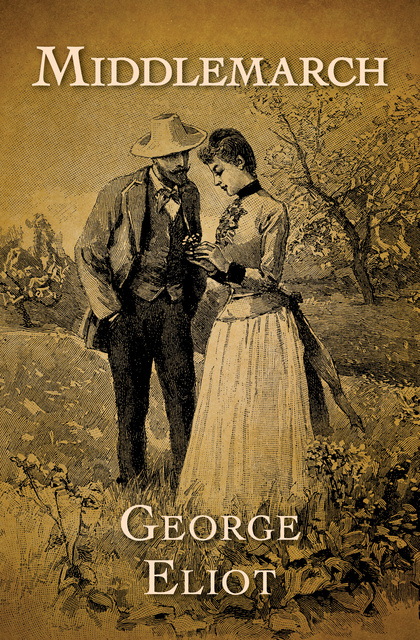 A masterful tale of a small town in the English midlands, and the hopes, regrets, and unrealized dreams of those who make it their home.

In Middlemarch, George Eliot created a landmark of English literature as she incisively portrayed the drama and folly found in even the most simple and bucolic of precincts.

Intertwined are the lives and stories of unforgettable characters such as Dorothea Brooke, whose desire for intellectual fulfillment leads her to marry the Reverend Edward Casaubon, who coldly refuses to let her follow her ambitions; Tertius Lydgate, a young doctor whose wife, Rosamond, sees him as a stepping stone to a greater place in society; Mr. Bulstrode, the wealthy town financier whose past corruptions return to plague him; and a menagerie of players large and small who find themselves both driven by their own motivations and held in stagnation by the will of others.

As complex in theme as it is heart-wrenching and engaging, Middlemarch stands as a true classic of Victorian-era storytelling.