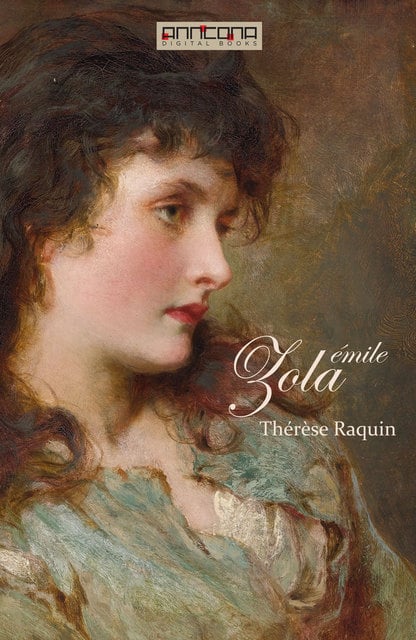 Thérèse Raquin is a novel (first published in 1867) and a play (first performed in 1873) by the French writer Émile Zola. The novel was originally published in serial format in the journal L'Artiste and in book format in December of the same year.

Thérèse Raquin tells the story of a young woman, unhappily married to her first cousin by an overbearing aunt who may seem to be well-intentioned but in many ways is deeply selfish. Thérèse's husband, Camille, is sickly and egocentric, and when the opportunity arises, Thérèse enters into a turbulent and sordidly passionate affair with one of Camille's friends, Laurent.

In his preface, Zola explains that his goal in this novel was to "study temperaments and not characters". Because of this detached and scientific approach, Thérèse Raquin is considered an example of Naturalism.

Thérèse Raquin is generally considered to be Zola's first major work. Upon its release in 1867, Thérèse Raquin was a commercial and artistic success for Zola; enough so that it was reprinted in book form in 1868. It gained additional publicity when critic Louis Ulbach (pen name: Ferragus) called Thérèse Raquin "putrid" in a long diatribe, upon which Zola capitalized for publicity and to which he referred in his preface to the second edition.

Zola adapted the novel into a play which was first staged in 1873. The novel was made into several films. An opera based on the novel has been written by the composer Michael Finnissy. Another opera Thérèse Raquin by Tobias Picker opened in 2000. The novel was also made into a Broadway musical entitled Thou Shalt Not, with music composition by Harry Connick, Jr.. The novel (rewritten in the style of James M. Cain) was the basis of the play "The Artificial Jungle" by Charles Ludlam.

Translated and edited with a preface by Edward Vizetelly.

Émile Édouard Charles Antoine Zola (1840-1902) was a French writer, the most important exemplar of the literary school of naturalism and an important contributor to the development of theatrical naturalism. He was a major figure in the political liberalization of France and in the exoneration of the falsely accused and convicted army officer Alfred Dreyfus, which is encapsulated in the renowned newspaper headline J'accuse. Zola was nominated for the first and second Nobel Prize in Literature in 1901 and 1902.