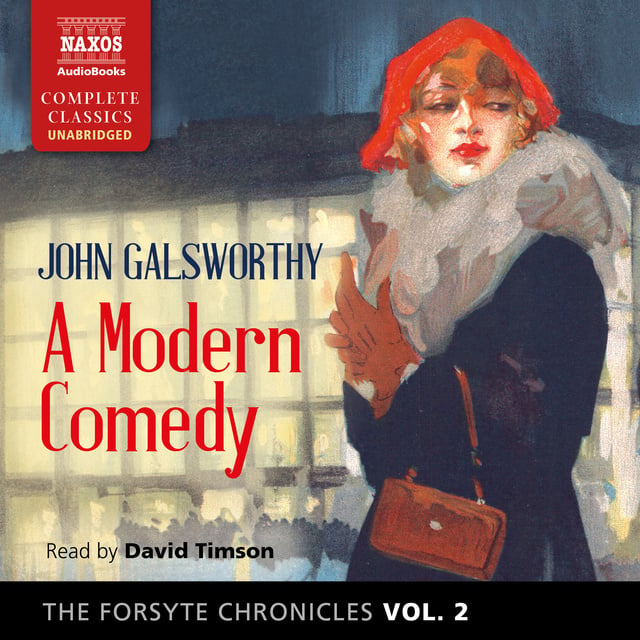 John Galsworthy’s magnificent trilogy of power and passion chronicles the wealthy Forsyte family. As the disintegrating values of the Victorian era progress to World War I and the political uncertainty of the 1930s, the family’s material and emotional struggles are set within the dwindling status of the affluent middle-classes. Infused with warmth, compassion and engaging characters, the complete Chronicles are divided into three volumes, containing nine books and four interludes in total.
Volume 2, A Modern Comedy, focuses on Soames’s vivacious daughter, Fleur. Soames tries constantly to protect her but is baffled by the carefree attitudes in post-war London. In their elegant, fashionable house, Fleur and her husband Michael Mont host society gatherings, but her previous affair with Jon Forsyte leaves embers of a passion that are ready to ignite – with dreadful consequences.
A Modern Comedy contains Book 1: The White Monkey, Interlude: A Silent Wooing, Book 2: The Silver Spoon, Interlude: Passers By and Book 3: Swan Song. 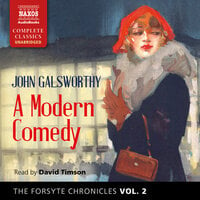