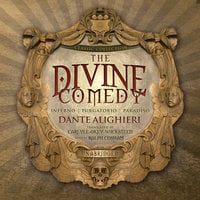 In this edition, “Inferno” is translated by John Aitken Carlyle, “Purgatorio,” by Thomas Okey, and “Paradiso” by Philip H. Wicksteed.