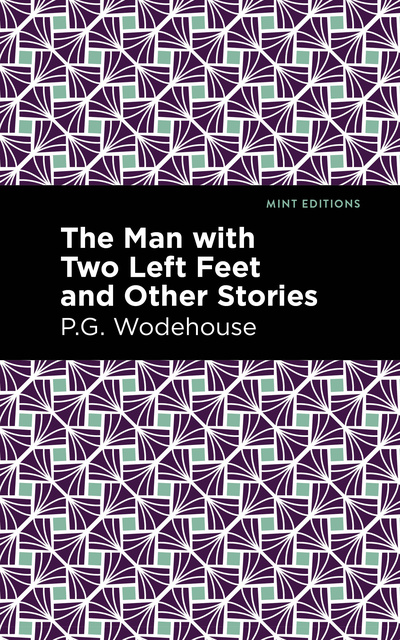 Notable for the first appearance of P.G Wodehouse’s popular reoccurring characters, Bertie and Jeeves, The Man with Two Left Feet and Other Stories features thirteen funny and sentimental works of short fiction. The first story in the collection, Bill the Bloodhound follows a young detective named Henry Rice, who is in love with Alice, a woman who sings in a chorus. When Alice declines Henry’s marriage proposal, she admits that while she finds Henry sweet, she only wants to marry someone from her profession. Desperate for Alice’s love, Henry gives theater a try. Taking on an interesting perspective, two stories in the collection, The Mixer: He Meets a Shy Gentleman, and The Mixer: He Moves in Society features the narration of a terrier-boxer mix dog, who is incredibly social and observes the behavior of the humans around him. In Extricating Young Gussie, the famed characters Bertie and Jeeves are introduced. When Bertie’s cousin, Gussie, is set on marrying a woman that his mother does not approve of, Bertie’s aunt, Agatha, begs Bertie and Jeeves to convince her son to do otherwise. Finally, the title piece of the collection, The Man with Two Left Feet depicts a sweet and tender love story, following a man named Henry and his wife, Minnie. Though they share a comfortable relationship, Henry fears that he is boring. In attempts to surprise and impress Minnie, Henry, who is a rhythmless man, attempts to learn how to dance.

This edition of The Man with Two Left Feet and Other Stories by P.G Wodehouse features a new, eye-catching cover design and is printed in a modern font to accommodate a contemporary audience.