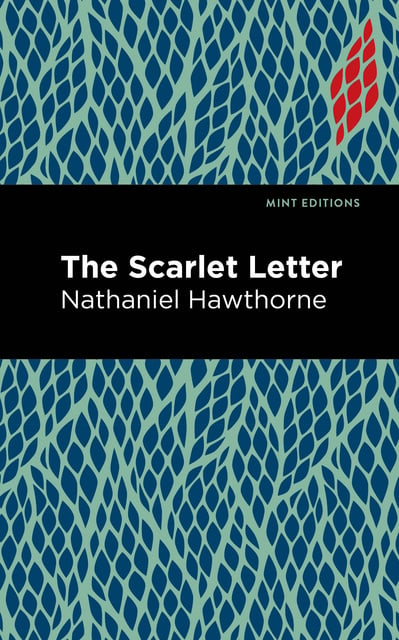 “A perfect work of the American imagination. ”-D. H Lawrence

“The Scarlet Letter is so terrible in its pictures of diseased human nature as to produce most questionable delights. The reader’s interest never flags for a moment…Hawthorne, when you have studied him, will be very precious to you. He will have plunged you into melancholy, he will have overshadowed you with black forebodings, he will almost have crushed you with imaginary sorrows; but he will have enabled you to feel yourself an inch taller during the process. ”-Anthony Trollope

Nathaniel Hawthorne’s The Scarlet Letter is a razor-sharp novel set in a seventeen-century puritan community. The book examines the contradictions of good and evil, what is apparent and what is hidden, and the power of redemption.

After Hester Prynne, the protagonist of The Scarlet Letter, has a child out of wedlock, she is branded with the scarlet letter “A” on her dress. Shunned in her community as she refused to identify the father of her child, Hester lives with in a small cottage with her daughter, Pearl. Roger Chillingworth, an elderly physician, joins the community, and unbeknownst to all except for Hester, he is her long-departed husband, who was presumed to be dead. In his absence, Hester had an affair and subsequently gave birth to a child. Covertly aiming for revenge on the father of the child, Chillingworth descends on Reverend Arthur Dimmesdale, the young minister who he suspects in the illicit affair.

Within the remarkable character of Hester, Hawthorne examines female independence and the complexities of sin. With a surprising emotional pitch and powerful insights into the human condition, this is one of America’s greatest novels.

With an eye-catching new cover, and professionally typeset manuscript, this edition of The Scarlet Letter is both modern and readable.