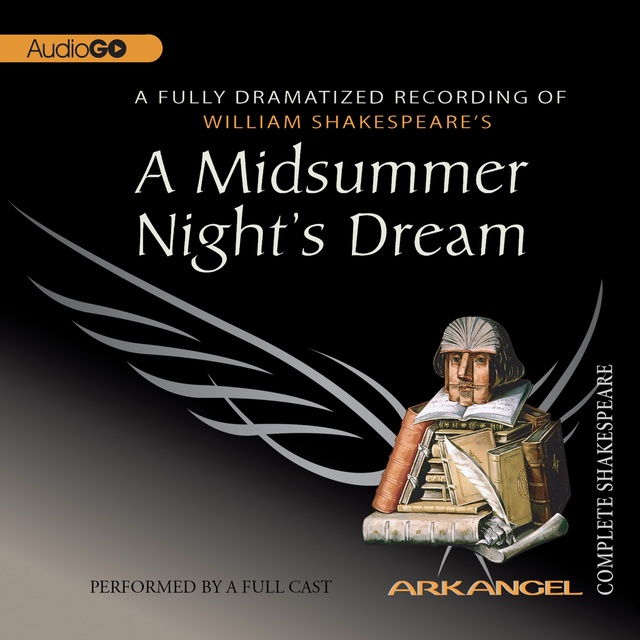 ACT I
Scene 1. In Athens, preparations are underway for the wedding of Duke Theseus to Hippolyta, Queen of the Amazons. An angry father, Egeus, comes to the ducal palace and accuses Lysander of bewitching his daughter Hermia, even though she is already betrothed to Demetrius. Hermia confesses her love for Lysander, and Theseus tells her that according to the law, she must either die or enter a nunnery if she refuses to marry the man chosen by her father. He gives her until the new moon to decide. Hermia and Lysander decide to run away; they agree to meet the following night in a wood outside the city. They tell Helena, Hermia’s childhood friend, of their plan; she, however, is in love with Demetrius, who has rejected her for Hermia, and she hopes to regain his favor by telling him of the lovers’ intentions.
Scene 2. A group of Athenian workmen, “rude mechanicals,” are preparing an entertainment to be performed at the Duke’s wedding. They have chosen “the most lamentable comedy and most cruel death of Pyramus and Thisby.”

ACT II
Scene 1. In a wood near Athens, Oberon and Titania, King and Queen of the Fairies, argue over a changeling boy. Titania has adopted him, but Oberon wants him for an attendant. When Titania refuses to give in, Oberon summons his servant, the mischievous sprite Puck. Oberon instructs him to find an enchanted flower, the juice of which, when laid on a sleeper’s eyelid, will cause him or her to fall in love with the first creature seen on awaking. He thus hopes to force her into giving him the boy. While Puck is gone, Oberon observes Helena and Demetrius, who have followed Hermia and Lysander into the wood. Demetrius rejects Helena peremptorily. When Puck returns with the flower, Oberon tells him to lay some of its juice on the eye of the “disdainful youth,” whom he will know by his Athenian clothes.
Scene 2. Oberon squeezes the juice of the magic flower on Titania’s eyelids. Lysander and Helena fall asleep nearby. Puck mistakes Lysander for Demetrius and drops the juice on his eye. Demetrius and Helena arrive and Lysander awakes, promptly falling in love with Helena. Hermia wakes to find herself left alone.

ACT III
Scene 1. Near where Titania lies sleeping, the “rude mechanicals” rehearse their play. Puck, who has been watching the rehearsal with amusement, places the head of an ass on Bottom’s shoulders. His fellow actors run away terrified. Titania awakes and falls instantly in love with Bottom.
Scene 2. Oberon is delighted at what has happened to Titania, but angered when he realizes that the sprite has mistaken Lysander for Demetrius. To right the error, he lays juice on the lids of the sleeping Demetrius. When the young man wakes, the first person he sees is Helena, and he duly falls in love with her. Helena, now beloved of both the youths, is certain they are teasing her cruelly. Hermia is distraught when Lysander rejects her and accuses Helena of stealing her beloved. Lysander and Demetrius leave to settle their quarrel over Helena by combat, but Oberon orders Puck to send them to sleep. Puck then lays an antidote to the love juice on Lysander’s eyelids. Meanwhile Helena and Hermia fall asleep beside their lovers.

ACT IV
Scene 1. Oberon sees Titania sleeping beside Bottom. He pities her and, on undoing the spell, they are reconciled. Puck removes Bottom’s ass’ head. Thesus and Hippolyta are hunting in the forest with Egeus. They come upon the sleeping lovers. Lysander explains that he and Hermia were fleeing to evade the Athenian law. Demetrius gives up his claim to Hermia and declares his love for Helena. Theseus then announces that the young couples will be married along with Hippolyta and himself. After they have retruned to Athens, Bottom awakes.
Scene 2. Quince, Starveling, Flute, and Snug are anxiously wondering where Bottom is when he returns with the news that their entertainment has been selected for the Duke’s wedding.

ACT V
Scene 1. After the wedding, Theseus, Hippolyta, and the young couples assemble for the entertainment. Bottom and his friends present the tragedy of Pyramus and Thisby, to the great amusement of the spectators. When all have retired for the night, the fairies enter and dance together through the palace, to bless the bridal beds. Only Puck remains, asking the audience to believe that they “have but slumb’red here/While these visions did appear.” 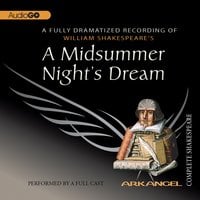