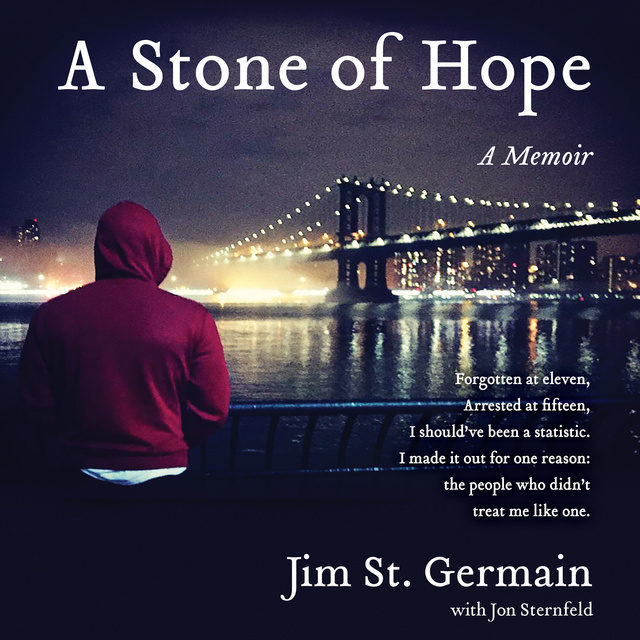 A Stone of Hope

A Stone of Hope

In the tradition of The Other Wes Moore and Just Mercy, a searing memoir and clarion call to save our at-risk youth by a young black man who himself was a lost cause—until he landed in a rehabilitation program that saved his life and gave him purpose.

Born into abject poverty in Haiti, young Jim St. Germain moved to Brooklyn’s Crown Heights, into an overcrowded apartment with his family. He quickly adapted to street life and began stealing, dealing drugs, and growing increasingly indifferent to despair and violence. By the time he was arrested for dealing crack cocaine, he had been handcuffed more than a dozen times. At the age of fifteen the walls of the system were closing around him.

But instead of prison, St. Germain was placed in "Boys Town," a nonsecure detention facility designed for rehabilitation. Surrounded by mentors and positive male authority who enforced a system based on structure and privileges rather than intimidation and punishment, St. Germain slowly found his way, eventually getting his GED and graduating from college. Then he made the bravest decision of his life: to live, as an adult, in the projects where he had lost himself, and to work to reform the way the criminal justice system treats at-risk youth.

A Stone of Hope is more than an incredible coming-of-age story; told with a degree of candor that requires the deepest courage, it is also a rallying cry. No one is who they are going to be—or capable of being—at sixteen. St. Germain is living proof of this. He contends that we must work to build a world in which we do not give up on a swath of the next generation.

Passionate, eloquent, and timely, A Stone of Hope is an inspiring challenge for every American, and is certain to spark debate nationwide. 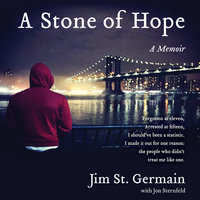