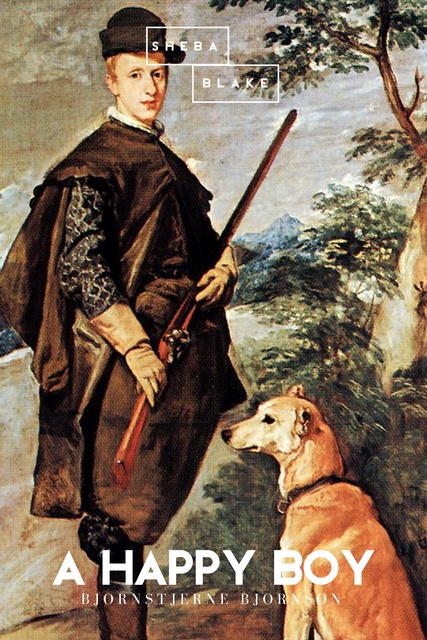 An early recipient of the Nobel Prize in literature, Bjornstjerne Bjornson is considered one of the masters of Norwegian fiction. The short novel A Happy Boy recounts the life of Oyvind, a perpetually jolly child who is able to rise above his family's lack of material wealth and bring true contentment and joy into the lives of many. Bjørnstjerne Bjørnson (8 December 1832 – 26 April 1910) was a Norwegian writer who received the 1903 Nobel Prize in Literature "as a tribute to his noble, magnificent and versatile poetry, which has always been distinguished by both the freshness of its inspiration and the rare purity of its spirit", becoming the first Norwegian Nobel laureate. Bjørnson is considered to be one of The Four Greats (De Fire Store) among Norwegian writers, the others being Henrik Ibsen, Jonas Lie, and Alexander Kielland. Bjørnson is also celebrated for his lyrics to the Norwegian National Anthem, "Ja, vi elsker dette landet". At the close of 1857 Bjørnson had been appointed director of the theatre at Bergen, a post which he held for two years, when he returned to Christiania. From 1860 to 1863 he travelled widely throughout Europe. Early in 1865 he undertook the management of the Christiania theatre, and brought out his popular comedy of De Nygifte (The Newly Married) and his romantic tragedy of Mary Stuart in Scotland. In 1870 he published Poems and Songs and the epic cycle Arnljot Gelline; the latter volume contains the ode Bergliot, one of Bjørnson's finest contributions to lyrical poetry. Between 1864 and 1874, Bjørnson displayed a slackening of the intellectual forces very remarkable in a man of his energy; he was mainly occupied with politics and with his business as a theatrical manager. This was the period of Bjørnson's most fiery propaganda as a radical agitator. In 1871 he began to supplement his journalistic work by delivering lectures throughout Scandinavia.