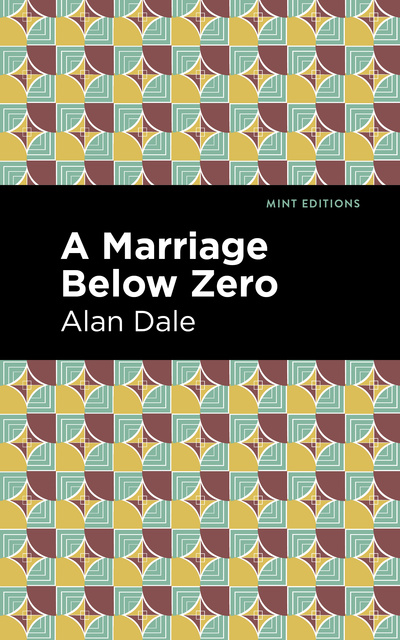 A Marriage Below Zero

A Marriage Below Zero

A Marriage Below Zero (1889) is a novel by Alan Dale. Recognized as one of the first English language novels to openly depict homosexuality, the novel is a poignant study of the institution of marriage and the policing of desire in Victorian England. Rejected by contemporary critics as “unconventional” for its depiction of “monstrous forms of human voice,” A Marriage Below Zero would later earn Dale a reputation as a pioneering author whose exploration of homosexual romance, however tragic its consequences, set the stage for generations of artists to come. “He reddened slightly. ‘Captain Dillington always enjoys himself,’ he said quietly. ‘He is very happy in society." […] ‘How rarely you find two really sincere friends,’ I remarked, rather sentimentally. ‘The present time seems to be wonderfully unsuited to such a tie.’ ‘That is true’—very laconically. ‘I think there is nothing so beautiful as friendship,’ I went on, with persistence. ‘You have heard of Damon and Pythias,’ he said quickly, reading me like a book. I blushed deeply and was then furiously angry with myself. ‘I don't mind,’ he went on. ‘Make all the fun of us you like.’” Referring to the ancient Greek story of Damon and Pythias, whose names became synonymous with ideal male friendship, Elsie shows herself to be rather naïve regarding the nature of Arthur Ravener’s relationship with Captain Dillington. Despite this lack of clarity, Elsie Bouverie finds herself attracted to the handsome young man, and soon they are married. As she begins to grow suspicious about his sexual appetites, she hires a private investigator to follow the two friends, unwittingly welcoming tragedy into their lives. With a beautifully designed cover and professionally typeset manuscript, this edition of Alan Dale’s A Marriage Below Zero is a classic work of British literature reimagined for modern readers.